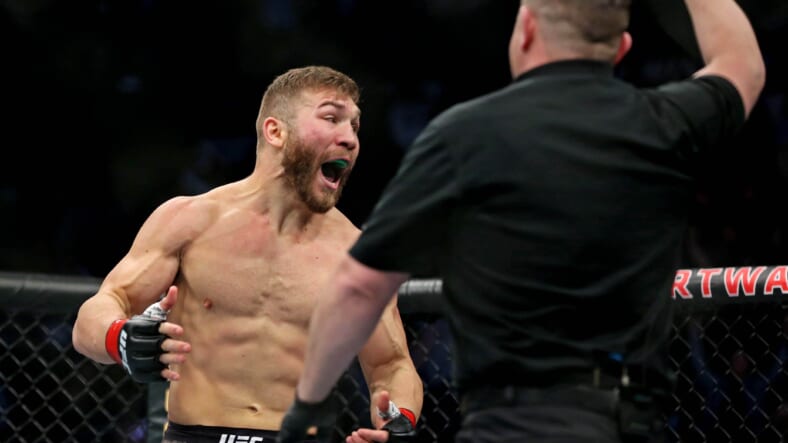 Cutelaba was able to show how well-rounded he was in that performance doing well both in the standup and his grappling. That was a big win for Cutelaba who had been going through a bit of a rough stretch. Prior to that win, Cutelaba was 1-3-1 in his previous five fights.

Granted, the losses came to top competition like the UFC light heavyweight champion Glover Teixeira. Now, Cutelaba gets his chance against another top prospect in Ryan Spann. If Cutelaba gets the win in February, I would expect a number by his name come March.

UFC bounce back opportunity for Spann

The UFC audience was first introduced to Ryan Spann on Dana White’s Contender Series. However, it didn’t start well for Spann. Spann was knocked out in seconds during his first appearance on the show. That loss lit a fire underneath Spann who went on to win eight straight fights.

That knockout win earned him a shot against former UFC title challenger Anthony Smith. Many were picking Spann, however, Smith showed him that he wasn’t quite ready for that moment and stopped him in the first round.

Now, Spann will look to regroup against the tough Cutelaba. Spann is fighting for his ranking in this matchup and if he’s able to win, it’ll likely be another ranked opponent for him next.