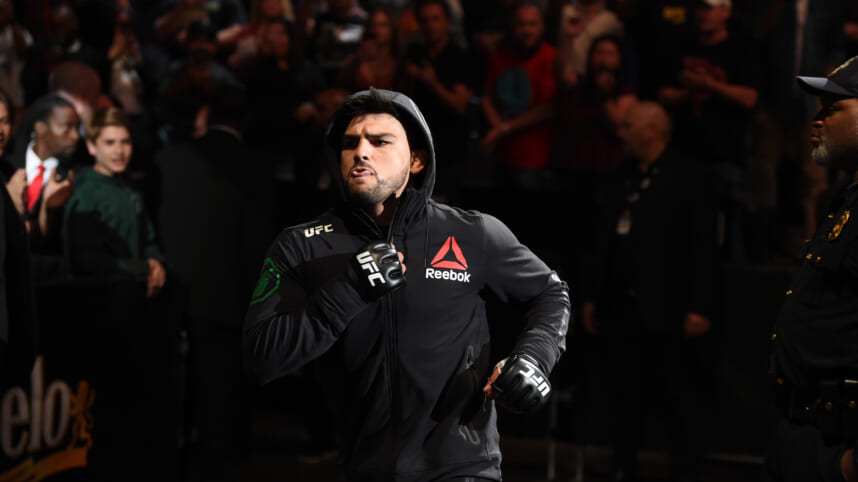 The UFC has finalized their first main event of 2023. After an initial report from LaSueur, MMA Junkie confirmed this afternoon that the promotion has finalized a Fight Night headliner between Kelvin Gastelum (17-8) and Nassourdine Imavov (12-3).

The Fight Night takes place on January 14th. For Gastelum, it will be his first fight in a year and a half. The last time we saw Gastelum was in August of 2021 when he took on Jared Cannonier. It was a razor close fight, but Cannonier ultimately won a decision.

Gastelum to date gave Israel Adesanya his toughest test in the UFC at 185 pounds. Their fight came back in 2019 and at the time, it looked like Gastelum was going to be a fixture in the title picture at 185. However, things have gone down hill since then.

Starting with the Adesanya fight, Gastelum is 1-5 in his last six fights with the lone win coming against Ian Heinisch. Now, he’s still ranked 11th in the world. How is that? His losses came against Adesanya, Whittaker, Hermansson, Cannonier, and Till. All top ten competition for Gastelum.

This fight in January will mark the first headliner for Nassourdine Imavov. He’s coming off a big win at UFC Paris where he defeated Joaquin Buckley by unanimous decision. That win was the third straight win for Imavov inside the octagon.

After having a successful octagon debut back in 2020, Imavov lost a bout to Phil Hawes. Since that loss, he’s looked sensational inside the octagon. His three-fight win streak has him up to 12th in the rankings.

These two were originally supposed to fight earlier this year, but visa issues cancelled the fight. Now they are getting back after it in January in a headlining spot. Should be a good one inside the UFC’s APEX.