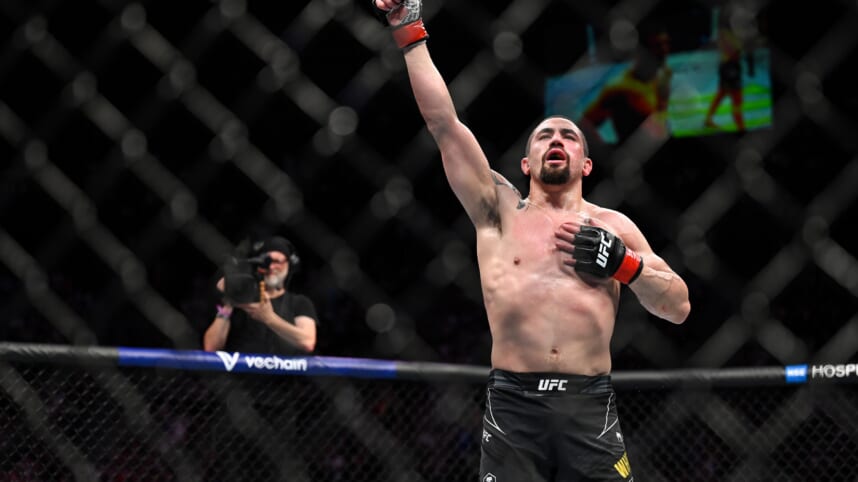 The UFC will be making their return to Australia on February 12th next year. Today, the promotion announced the first fight that’s been made official for that big time card in the second month of the year. It was announced that former middleweight champion Robert Whittaker (24-6) will take on former title challenger Paulo Costa (14-2).

Paulo Costa got back in the win column his last time out when he fought Luke Rockhold at UFC 278. It was a helluva fight but when the smoke cleared, Costa had his hand raised. It was the first win for Costa since he defeated Yoel Romero back in 2019.

After Costa lost his first career fight to Israel Adesanya, his career went off the rails a bit. He got things back on track in order to fight Marvin Vettori and lost a decision. It was great to see him in good shape against Rockhold and now he gets a big time fight.

For Bobby Knuckles, UFC 284 will be a homecoming where he will look to right the wrong from his last performance on home soil. The last time Whittaker fought in Australia was the first fight against Israel Adesanya where he got knocked out in the second round.

Since that loss, Whittaker has looked sensational. He’s gone 4-1 with the lone loss coming once again to Israel Adesanya. The four wins came against four of the best guys in the world: Darren Till, Jared Cannonier, Kelvin Gastelum, and Marvin Vettori.

The Vettori fight was the most recent contest that took place at UFC London. Whittaker completely outclassed Vettori and won a decision going away. While he’s 0-2 against the champion, Whittaker remains steadfast that he’ll get another crack at the title. Beating Paulo Costa gets him one step closer.