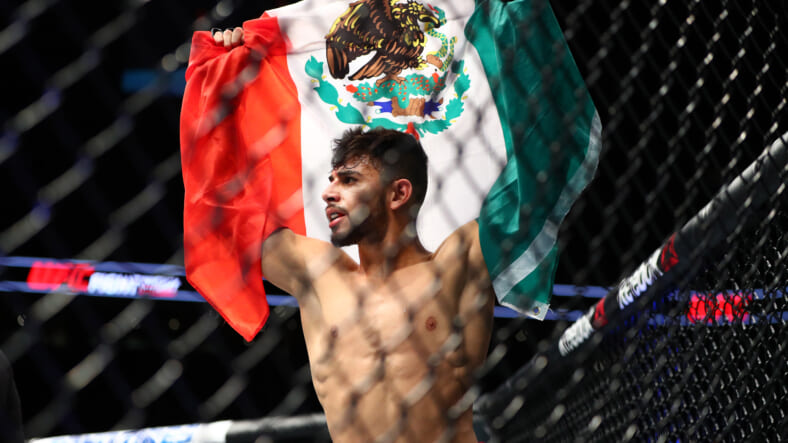 During tonight’s UFC 281 broadcast, we got some breaking news. The interim featherweight title is going to be on the line in February as Yair Rodriguez (14-3) will be taking on Josh Emmett (18-2).

The bout will take place at UFC 284 in Australia and will serve as the co-main event. In the main event of that card, current featherweight champion Alexander Volkanovski will be taking on current lightweight champion Islam Makhachev.

For Yair Rodriguez, his climb to this title shot wasn’t as steep as Josh Emmett’s. The last time we saw him was back in July when he took on Brian Ortega. He got the TKO win, but it was due to a shoulder injury from Ortega.

We’ve only seen Rodriguez twice since 2019. Once was the win against Ortega and the other was a loss to Max Holloway.

Josh Emmett on the other hand has done nothing but win. The last time we saw him loss was back in 2018 when he lost in a Fight Night headliner against Jeremy Stephens. Since then, he’s been perfect inside the octagon.

His last three wins have come against the likes of Shane Burgos, Dan Ige, and Calvin Kattar. The Kattar fight came back in June and it was a razor close split decision. Nevertheless, he won the fight and now he’s getting a shot at the interim UFC featherweight title.