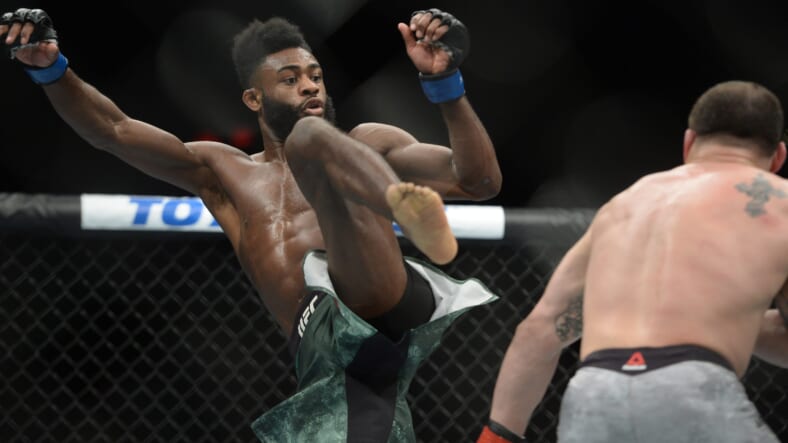 This past Saturday in the co-main event of UFC 267, Petr Yan (16-2) took on Cory Sandhagen (14-4) for the interim bantamweight championship. The winner of this matchup was expected to unify the UFC bantamweight title against Aljamain Sterling (20-3).

The fight started out like many Petr Yan fights. He likes to almost take the first round to download what his opponent is doing. In a way, he reminds me a lot of Floyd Mayweather. The opponent will get a little lead in the opening round while he figures the opponent out.

Everything changed once the second round started. On my scorecard, Yan won every round after the first round at UFC 267. He hurt Sandhagen a few times including dropping him once. His counters were precise and it was a clear decision win for Yan who became the interim bantamweight champion.

Today on the MMA Hour with Ariel Helwani, the UFC champion Aljamain Sterling appeared to talk about the timeline of the unification bout. The Funkmaster said that he texted UFC match maker Sean Shelby immediately after the fight between Yan and Sandhagen concluded.

Sterling said that he wants the UFC to make the fight for either January or February. Originally, Sterling was supposed to rematch with Yan at UFC 267. The interim title came about when Sterling wasn’t cleared to compete after undergoing neck surgery earlier this year.

Sterling captured the title at UFC 259 when he defeated Yan by disqualification. That fight honestly went a lot like the Yan – Sandhagen fight. Sterling got off to a really good start, and once Yan downloaded the data, it became a beating.

Yan landed an illegal knee which caused the fight to end in the fourth round. Now, the two men will settle the score and determine who is the true best bantamweight in the UFC. Look for this fight to take place in Q1 of next year, but the exact date won’t be finalized for a few weeks.