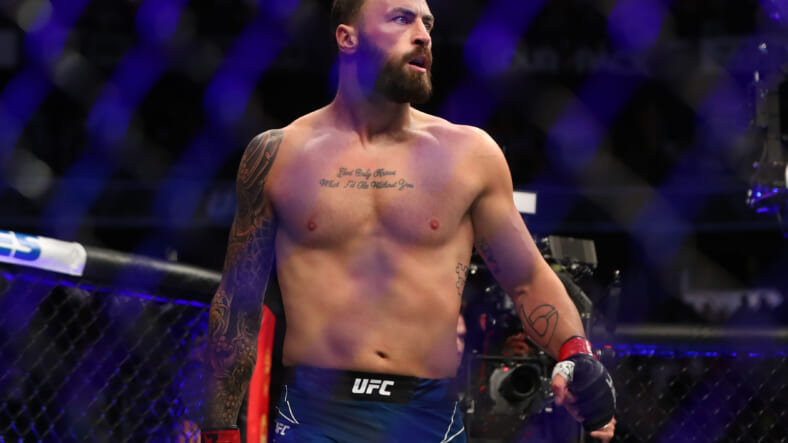 UFC 283 has added a battle between two top eleven light heavyweights. AG Fight was the first to report earlier this afternoon that the promotion has finalized a matchup between Johnny Walker (19-7) and Paul “Bearjew” Craig (16-5-1).

As mentioned the fight will go down at UFC 283 on January 21st. For Paul Craig, he’s going to be looking to bounce back after he saw his winning streak snapped in his last bout. The last time we saw Craig was at a Fight Night in July.

That night he took on former title challenger Volkan Oezdemir. The fight took place mostly on the feet which is not where Craig likes to have his fights. It showed and he lost a lopsided decision. That loss snapped a six-fight unbeaten streak.

He went 5-0-1 in that stretch including four straight wins that saw him defeat the likes of Jamahal Hill, Nikita Krylov, and Shogun Rua. He will look to play spoiler in Brazil in January.

UFC 283 will be a homecoming for Brazil’s Johnny Walker. Walker will try to make it two wins in a row after his last performance just weeks ago. The last time we saw Walker was on September 10th when he took on “The Hulk” Ion Cutelaba.

While many expected Walker to control the fight on the feet, the fight hit the mat. Walker got into a dominant position and shocked everyone by submitting Cutelaba. The win was just Walker’s second win in his last six fights.

Walker made a massive statement when he joined the UFC. He won his first three bouts by first round knockout with no fight going more than two minutes. However, during a celebration he injured his shoulder. That started a really bad stretch for Walker.

Now, Walker feels like he’s back on track. If he can defeat Paul Craig in January, he’s only a couple of wins away from title contention.