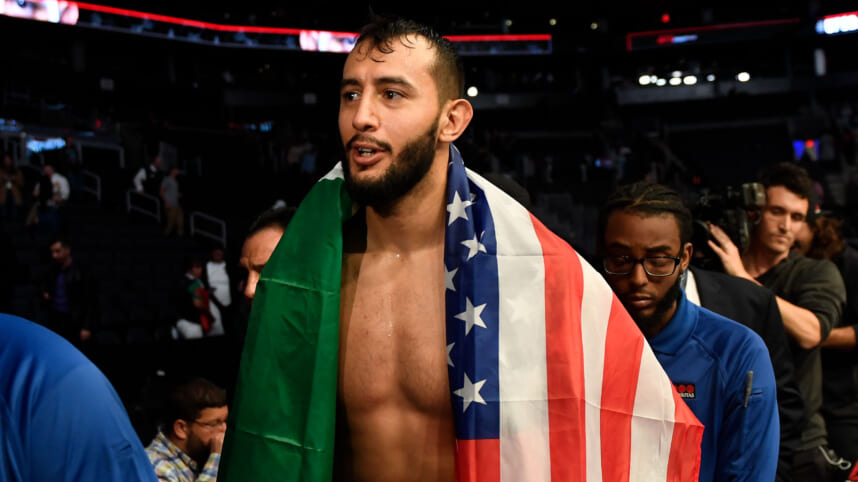 This weekend at UFC 281, one of the best light heavyweights in the world makes his return. Former two-time light heavyweight title challenger Dominick Reyes (12-3) will be back as he takes on “Superman” Ryan Spann (20-7).

Let’s start with Spann who will be tasked with taking on Reyes. The last time we saw Reyes was back in May when he took on Ion Cutelaba. He shocked everyone by winning via submission with a guillotine choke. Surprising given the skills we’ve seen from Spann.

So far, he’s 6-2 inside the octagon and he continues to improve every day. That being said, he has a difficult challenge in front of him in Dominick Reyes. Reyes will be fighting for the first time in about a year and a half.

The last time we saw him was when he took on current light heavyweight champion Jiri Prochazka. After having some positive moments in the fight, Reyes got knocked out. It was his third straight loss which prompted him to take some time off.

While three straight losses sounds bad, it’s important to remember the competition. His losses came against Jon Jones, Jan Blachowicz, and Prochazka. Make no mistake about it, he’s still one of the best in the UFC.

I think we are going to see a striking battle in this one on Saturday night. Both of these men have pop and I think if you’re going to see any man shoot for takedowns, it’s going to be Ryan Spann. However, Reyes has some of the best takedown defense in the division.

I really like Dominick Reyes in this matchup. He’s still one of the very best in the world and he has a lot to prove on Saturday night. I think you’re going to see a lot of straight and crisp combinations from the former title challenger. Ultimately, I think he lands big in the second.

A statement win is coming for The Devastator.

Prediction: Dominick Reyes by TKO – Round 2