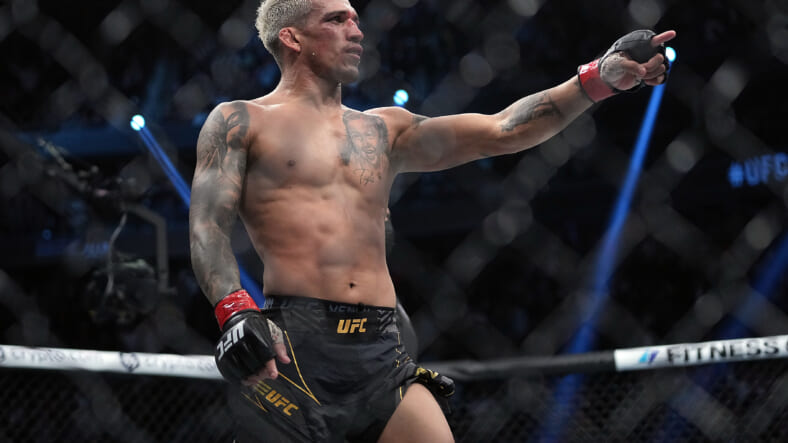 In the main event of UFC 280, we are finally going to learn who the best lightweight in the world is. Charles Oliveira (33-8) and Islam Makhachev (22-1) will battle it out for the vacant lightweight championship of the world.

Many considered Makhachev to be the next great champion after his mentor Khabib Nurmagomedov retired. They viewed him as the champion in waiting, but it’s taken him some time to get to the title. That being said, he’s won ten fights in a row to earn the shot. The last time we saw him was earlier this year when he dismantled Bobby Green.

While Makhachev’s winning streak is impressive, it’s nothing like Oliveira’s. Oliveira has taken on the best of the best and hasn’t just defeated them, he’s stopped them. Listen to this last four coming in: Tony Ferguson, Michael Chandler, Dustin Poirier, and Justin Gaethje.

Had it not been for a wacky commission official in Arizona, Oliveira would be aiming for his third successful title defense at UFC 280. Nevertheless, he enters as the number one contender trying to win back a title that was stolen from him.

I have studied this fight for so long I feel like I’ve become an expert on both of these fighters. If you look in a vacuum at their skills, Charles Oliveira is the more skilled fighter. There’s not a doubt in my mind about that and that is not a slight on Islam Makhachev.

Oliveira has the crisper striking and his technique is sensational. Now, he does struggle with head movement and that’s something that Islam Makhachev can take advantage of. When it comes to jiu jitsu, again, the advantage seems clear for Charles Oliveira.

However, when it comes to wrestling and pure strength, that is where it goes to Makhachev. When they start at UFC 280, I’m going to be counting down the seconds until Makhachev shoots. I don’t think he will try to stand and trade with Oliveira even though I think he can hold his own.

Makhachev is going to try and break Oliveira. If this was a different time, I’d think Makhachev was in a good position to maul Oliveira. However, in this day in age, I think you’re crazy to bet against Oliveira. It might look bad in spots, but I think he finds a way to get it done at UFC 280.

Whether it starts by hurting Makhachev on the feet or if he catches him in a grappling exchange, I see a submission in the third round. Makhachev gets the better of things early, but Oliveira goes on to win back his lightweight championship.

Prediction: Charles Oliveira by Submission – Round 3