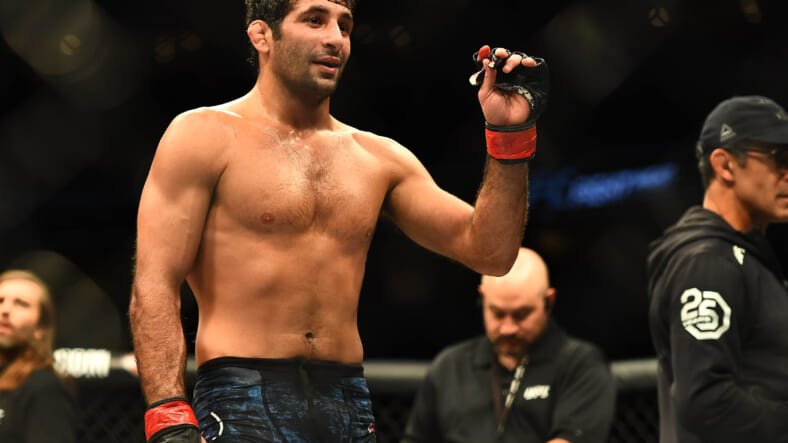 On the main card of UFC 280, we are going to see a matchup between two of the best lightweights in the world who both enter the contest on winning streaks. Top ten contenders Beneil Dariush (21-4-1) and Mateusz Gamrot (21-1) will battle it out.

Gamrot made his UFC debut back in 2020 and he was undefeated. However, he lost his first fight in the octagon by split decision which derailed his hype briefly. Then, he went on to win four straight including wins over Jeremy Stephens, Diego Ferreira, and most recently, Arman Tsarukyan.

That being said, he will face his stiffest test tomorrow in Beneil Dariush. Dariush will enter the octagon tomorrow on the heels of a seven-fight winning streak. He continues to look better and better every time we see him.

The last time we saw him was back in May of 2021 when he dominated Tony Ferguson. He was supposed to fight Islam Makhachev earlier this year, but an ankle injury forced him out. Now he’s healthy and ready to get back on track.

The obvious needs to be stated here in that both men are tremendous grapplers. With that in mind, I think we are going to see a lot of striking at UFC 280. In looking at their striking games, they both have different advantages in this matchup.

If you want to look at the pure power, that advantage goes to Beneil Dariush. Dariush definitely has the power in his hands to hurt Gamrot. However, in terms of overall technique and volume, that advantage is going to go to Gamrot.

That is where I think this fight is going to be decided. I think we are going to need the judges at UFC 280 and ultimately, I think Gamrot’s volume striking and diverse attack will be enough to score him points and edge out Dariush ending his winning streak.