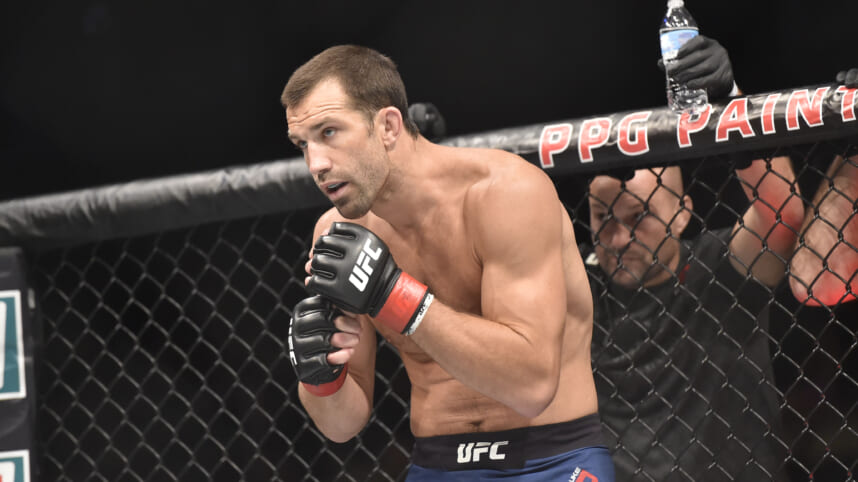 Tomorrow night in the co-main event of UFC 278 we will see the return of former middleweight champion Luke Rockhold (16-5). Rockhold will be returning and waiting for him is former title challenger Paulo Costa (13-2).

Both of these men will enter the octagon on losing streaks. For Costa, he’s lost back-to-back fights after starting his career 13-0. It started with a horrific performance against Israel Adesanya which Costa blamed on drinking wine.

Then he came in massively overweight to face Marvin Vettori and lost by decision. Now, Costa does look good physically this week and he looks more motivated. He’s hoping to return to form which is the same thing his opponent has in mind.

We haven’t seen Luke Rockhold since 2019 when he was knocked out by Jan Blachowicz at UFC 239. Prior to that, Rockhold was knocked out by Yoel Romero. Overall, the former champion is just 1-3 in his last four with the lone winning coming against David Branch.

When I think about this co-main event at UFC 278, I think about one thing and one thing only: Luke Rockhold’s chin. Let’s be completely honest, his chin hasn’t looked great in his last three losses and your chin is not something that improves over time.

We’ve seen Rockhold get knocked out by Michael Bisping, Yoel Romero, and Jan Blachowicz. Now, two of those men are known for having massive power. Another man that has massive power is Paulo Costa and Costa has a ton of speed.

Rockhold is going to need to use his kicks and I think he’d be wise to use his grappling as well. He needs to do something to keep Costa away from finding his chin. I think he will have some success, but I don’t think he’ll stop Costa tomorrow night.

Eventually, Costa will connect big on the former UFC champion. When he does, I think the fight will get stopped.

Prediction: Paulo Costa by TKO – Round 2