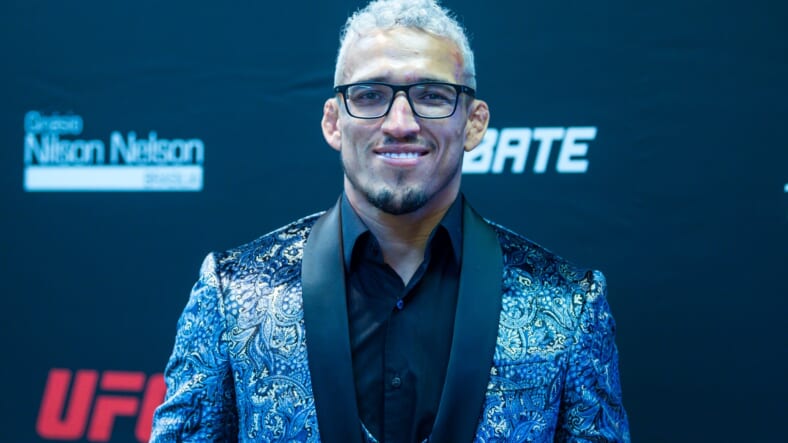 Michael Chandler has been one of the best lightweights in the world for years. However, with him fighting in Bellator, many people didn’t take him seriously. That all changed back at UFC 257 in January.

Between his knockout performance and his willingness to fight anyone, the UFC gave him this shot tonight. Standing in his way was the hottest fighter in the lightweight division, Charles Oliveira.

Do Bronx has really grown up inside the octagon. He made his UFC debut back when the promotion still had shows on Fuel TV which is no longer a television network. Oliveira began his career at featherweight.

After having some ups and downs at 145, Oliveira came into his own at lightweight. Now, Oliveira has won eight straight in the UFC‘s toughest division and the promotion gave him this title shot on the heels of his dominant win over former interim champion Tony Ferguson.

The UFC 262 main event starts with a touch of the gloves. Two big kicks from Oliveira starts the striking. Chandler throws a big right to the body and Oliveira lands another big calf kick.

Chandler gets up and tries a back slam, but Oliveira sticks to him like glue. Oliveira is bleeding, but he’s got the body triangle locked in. Chandler explodes out of the position and Chandler is back on his feet.

Big shots from the top from Michael Chandler. Oliveira is up and they’re back to striking. Huge hooks land for Chandler and Oliveira is in deep trouble. Chandler tries to finish, but he lands in the guard of Oliveira.

Oliveira follows up and Chandler is out. Charles Oliveira turns it around in an instance and he’s the new UFC lightweight champion.