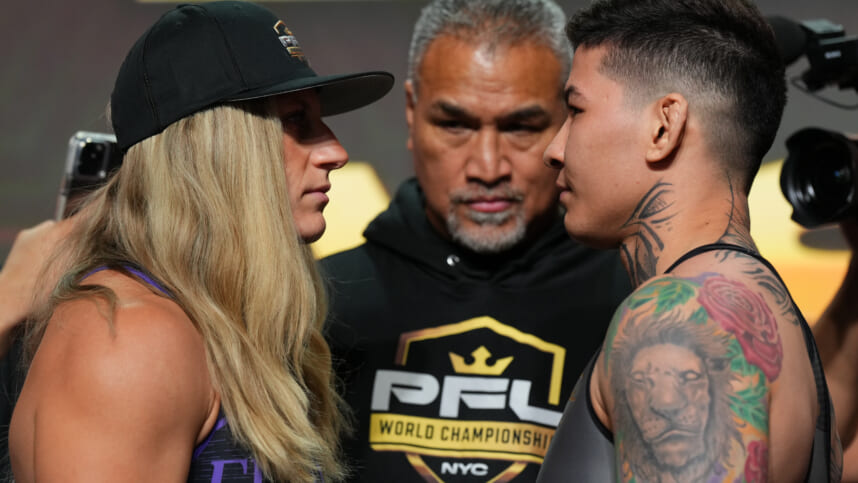 Tonight in the headliner of the PFL Championships we will see the third fight between Kayla Harrison (15-0) and Larissa Pacheco (18-4). This will be their first meeting in almost three years.

These two ladies have been on a collision course for the last two seasons. Larissa Pacheco is 5-0 with five first round knockouts between the 2021 and 2022 PFL seasons. However, a weight miss last year cost her a chance at the trilogy with Harrison.

Had she made weight, this would likely be the fourth fight between these two. These two are head and shoulders above the rest of the lightweights in the promotion. Kayla Harrison is the queen of PFL and has an argument as the pound for pound best fighter in the sport.

The two-time Olympic Gold Medalist is seeking her third PFL championship in what will be her final season competing in the tournament format. From here on out, it will only be individual fights for Harrison. However, before she makes that switch, she has to beat Pacheco one last time.

The game plans for both of these fighters is very simple. For Harrison, she has to use her grappling to get the fight to the ground. She has to execute the same game plan that she executed in the first two fights that won her decisive decisions.

For Larissa Pacheco, she needs to connect with one of her signature power shots. Pacheco has the power to put anyone out should she connect clean. Realistically, her only path to becoming PFL champion is knocking Kayla Harrison out.

Prediction: Kayla Harrison by TKO – Round 4