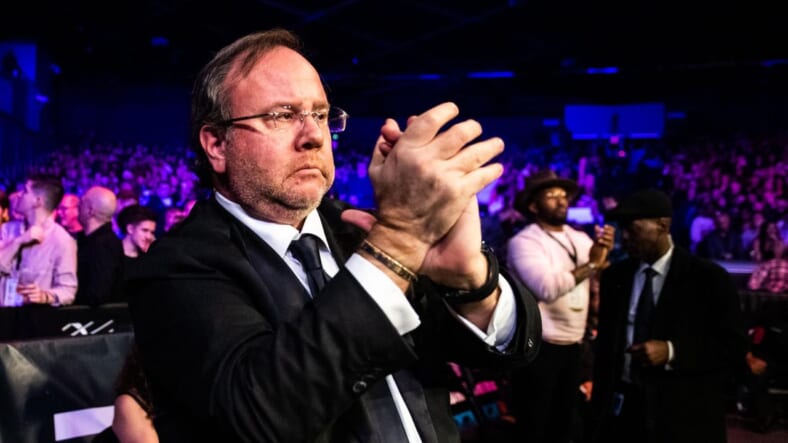 Tomorrow night, the PFL Championship event is being headlined by the biggest name in the promotion, Kayla Harrison (11-0). The two-time Olympic Gold Medalist and two-time defending PFL lightweight champion will look to capture her third championship.

Standing in her way is Taylor Guardado (3-1) who was also perfect in the 2021 PFL season. However, little to no one is giving her a chance to defeat Harrison tomorrow. In fact, most aren’t expecting her to even last a round with Harrison.

Harrison is also fighting the final fight on her PFL contract tomorrow night. Once the championship match is over, all eyes will turn to her free agency. Bellator and the UFC will definitely come calling as Harrison is already one of the best to ever do it.

White suggested that Harrison stay in PFL where she can make a lot of money while beating no one of significance. Suggesting that the UFC might be too much. Harrison responded this week saying she will prove to White that she’s the greatest fighter of all time.

Davis went on to say that in the PFL, they just let the fighting do the talking and skip all the politics. In a way, he’s not wrong. When you fight in the PFL, you are controlling your own destiny with the way you fight and if you win, you will advance.

However, there’s also some major drawbacks to this style like losing out on seeing fights that everyone wants to see. A major fight could be derailed if one of the two were to lose in an opening round matchup. On the other hand, that’s an aspect that also makes PFL intriguing.

PFL is doing their part to try and increase the competition level for Harrison. They’ve signed Claressa Shields and Julia Budd in the last year for the lightweight and featherweight division. Harrison has made it clear that her goal is to be the greatest of all time and competition fuels her.

I’m incredibly intrigued to see what happens with Harrison’s free agency. PFL will likely bring forth the most money, however, they won’t bring the best competition given the current landscape. So will Harrison take the money or will she go the route of Michael Chandler and go for legacy? Time will tell.