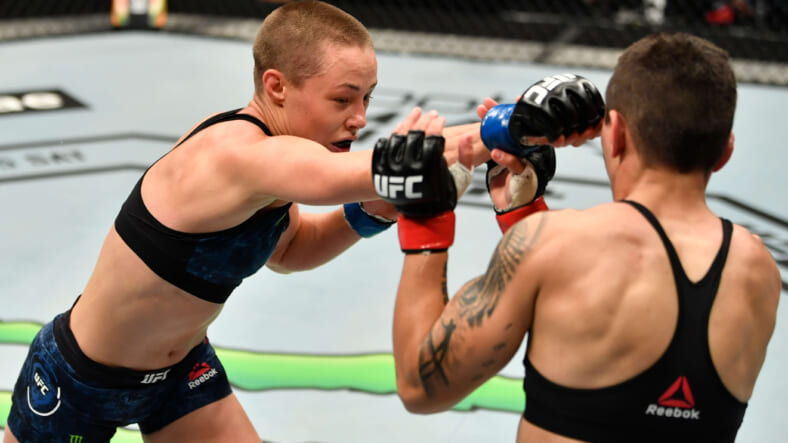 For the last couple of months, fans have been anticipating the next UFC strawweight title fight. The fight was expected to be Weili Zhang (21-1) and Rose Namajunas (9-4). A fight that would truly pair the best two strawweights in the world.

Andrade would go on to lose her first UFC title defense to Zhang. Namajunas was very vocal about being relieved when she lost and that she didn’t like the pressures and anxiety that came with being UFC champion.

However, she found that fighting spirit again in 2020 and she got back in the cage. She took on Andrade and was able to avenge her loss which was supposed to setup the anticipated title fight with Zhang.

The promotion has been saying that was the fight they were going to make. However, Dana White changed his tune in an interview with BT Sport. White said, “What I’m hearing is Rose does not want a title shot. She doesn’t want to fight for the title.”

What is the UFC going to do?

However, White doesn’t seem to think so. White would go on to say in the interview that Carla Esparza (17-6) is the fight they are currently looking at for Weili Zhang. No disrespect to Esparza, but nobody really wants to see that fight.

Yes, Esparza is on a four-fight winning streak, however, none of those were that incredibly impressive. Her last two wins were razor close split decisions that many had going the other way.

This is not a high profile UFC strawweight title fight. Zhang – Namajunas is the fight to make, however, if the UFC can’t come to a deal, they will move on. Looks like they have a plan in place. It’ll be interesting to see how this situation shakes out.