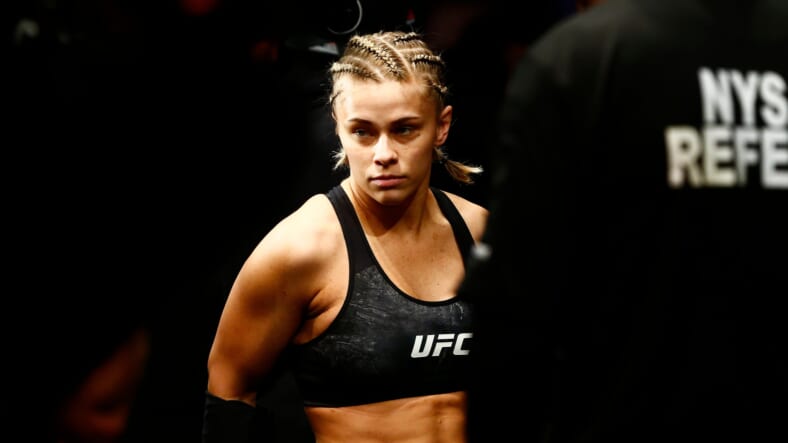 Well the rumor mill has been buzzing over the last few weeks about Paige VanZant. There were rumors that she was close to a deal with Bare Knuckle FC. There were also rumors that Bellator was making a big push.

However, after everything, we finally got our answer today. As I stated in the original article, the resolution of this situation is a surprising one as PVZ has signed a multiple fight deal with Bare Knuckle FC.

What does VanZant bring to Bare Knuckle FC

Bare Knuckle FC has been a little bit of an oddity since it started back in 2018. The promotion has welcomed former UFC champions and former boxing world champions to it’s ranks.

Fighters like Paulie Malignaggi and Johny Hendricks come to mind when thinking of the fighters to try out Bare Knuckle FC. However, we haven’t seen a female star make the jump to Bare Knuckle. That all changed today.

While VanZant is not one of the best fighters in the world, to deny her popularity would be unwise. She became a sensation when she first joined the UFC and became even more popular after her stint on Dancing With The Stars.

The obvious reason behind a lot of VanZant’s popularity are her looks. She has been featured in Sports Illustrated for their Swimsuit Edition and has talked about how much she gets paid for Instagram posts.

For these reasons the signing leaves me scratching my head. Bare Knuckle FC is absolutely brutal. Don’t believe me, just watch the Artem Lobov and Jason Knight fight. I was fully expecting VanZant to sign with Bellator after her UFC contract ended.

Per ESPN, the deal with Bare Knuckle is a four fight deal with over a million dollars with incentives built into the contract. A massive pay bump and one that Bellator clearly was not ready to match. I’m very curious to see what the future holds for PVZ in BNFC.

PVZ is heading to BKFC ?