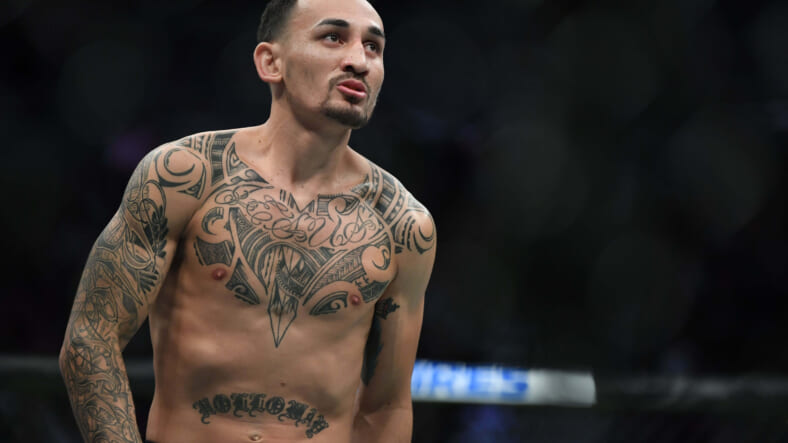 Well, the UFC was riding high this week with big fight announcements. Another huge announcement came just today when we learned that Tai Tuivasa and Derrick Lewis would be fighting next month in Houston.

One other fight that was announced this week was the UFC 272 title fight between Max Holloway (23-6) and Alexander Volkanovski (23-1). The trilogy was going to take place in March and was set to settle the debate on who is truly the best featherweight in the world.

However, days after the fight was announced, the fight is off. ESPN’s Brett Okamoto reported that Max Holloway has reaggravated an injury and has been forced to pull out of the UFC 272 title fight. The injury occurred in one of Holloway’s first days back in camp.

Last year, Holloway was supposed to fight Yair Rodriguez in July. However, he sustained an injury which pushed the fight back later in the year. Supposedly, this same injury is why he’s had to pull out of his UFC 272 title fight.

This is a big blow to UFC 272 which was planning on this title fight headlining the card. Holloway informed the promotion that he had to withdrawal yesterday. The promotion is currently trying to figure out the next steps. Apparently, there is no current timeframe on Holloway’s recovery.

More than likely, you’ll see this fight stick together but be pushed back. Outside of Holloway, there’s not really a contender that would make sense to take on Volkanovski. For that reason alone, I don’t see the UFC slotting someone else in that spot.

The hope is that Holloway can bounce back quickly from this injury and the fight can be rebooked. Word is that a timeframe if the injury is minor would be around May or June for the trilogy. I would expect the UFC to try and add another title fight to the March card with this fight falling out.