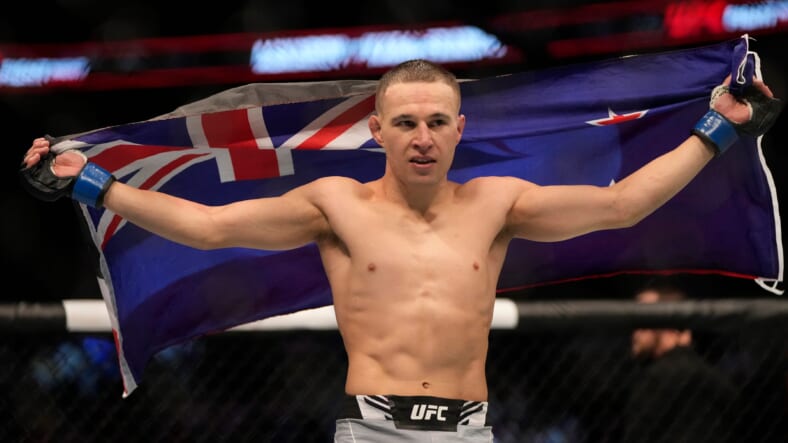 The UFC has finalized a banger of a flyweight matchup that will take place in Australia in February. MMA Junkie was the first to report last night that former interim title challenger Kai-Kara France (24-10) will make his return at UFC 284 against former title challenger Alex Perez (24-7).

As mentioned, the fight will take place in Perth, Australia at UFC 284 a card headlined by Kara-France’s teammate and, Alexander Volkanovski. This will be a huge fight for Alex Perez who will be looking to snap a losing streak.

Back in 2020, Perez had a shot at Deiveson Figueiredo and the flyweight championship on the heels of three straight wins including a finish over Jussier Formiga. Perez quickly lost his shot when he was submitted by the champion in the first round.

After that, a number of injuries and other issues kept him from competing until July of this year. He returned when he took on top contender Alexandre Pantoja. Once again, Perez was quickly submitted in the first round. He’s hoping for a big bounce back win at UFC 284.

The native of New Zealand, Kara-France, gets his shot at fighting near his home in February. It will be his first fight since he lost the interim title fight against Brandon Moreno. That was a fight where Kara-France was doing extremely well, but ultimately got caught with a big body kick and was stopped in the second round.

That loss snapped a three-fight winning streak for Kara-France. He had big wins over Askar Askarov, Cody Garbrandt, and Rogerio Bontorin. Two of those fights had first round finishes. He was living up to the name, “Don’t Blink”.

Now, he gets to fight near his home and he’s taking on another former title challenger. This is a huge fight and Kara-France should be a big time betting favorite.