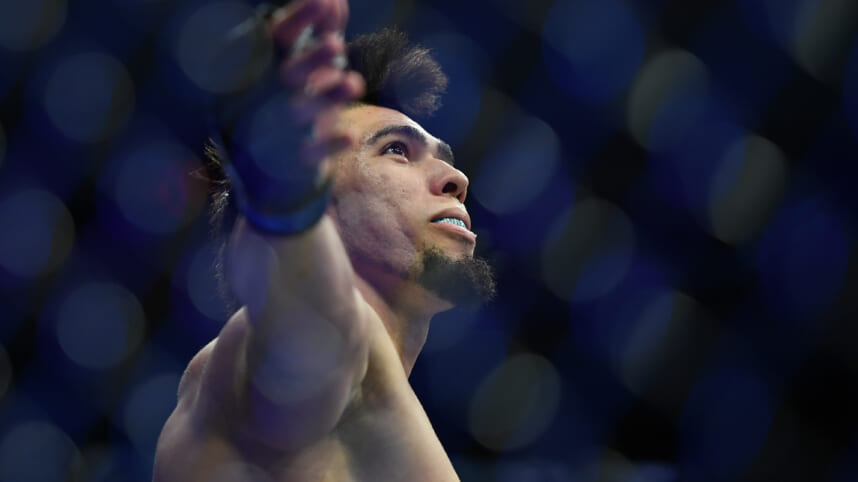 Kicking off the PPV main card of UFC 279 was a light heavyweight battle between two contenders who needed a win. Former top contenders Johnny Walker (18-7) and Ion Cutelaba (16-7-1) went head-to-head to kick off the PPV.

Johnny Walker started his UFC career unbeaten. However, since November 2019, Walker is just 1-4 in his last five fights. He entered the octagon on a two-fight losing streak tonight and desperately needed to turn things around against Cutelaba.

Cutelaba was in a similar spot. He was a big time prospect when he first came on the UFC scene. However, he has really struggled recently. Cutelaba was just 2-4-1 in his last seven fights entering tonight so just like Walker, he really needed a big win.

Cutelaba forces Walker up towards the fence and he’s trying to work elbows from the guard. Lots of patience here from Cutelaba as he’s controlling Walker here. Cutelaba working to advance here and he lands a couple of nice short shots.

Walker ends up reversing the position and Cutelaba attacks an arm bar. However, Walker is able to pop his arm out and they get up along the fence. Big slam takedown from Johnny Walker and he has Cutelaba’s back now. Walker attacking a choke but Cutelaba is defending well.

Cutelaba is fighting the hands but Walker slips his arm under the chin. Cutelaba is trying to fight it but he’s forced to tap. Huge win for Johnny Walker.