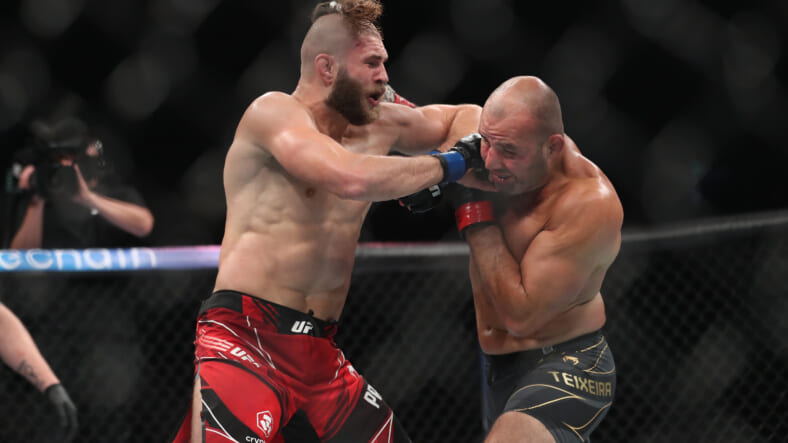 Ariel Helwani followed up with a report stating that it’s not finalized whether or not this will headline the show. The word is that the promotion would still love this card headlined by the heavyweight debut of Jon Jones against either Stipe Miocic or Francis Ngannou.

This announcement comes on the heels of hearing that Jan Blachowicz and Magomed Ankalaev will also meet at UFC 282. It’s pretty clear what’s setting up here. You’ll have the number one contender bout on the main card with the title fight in the main or co-main event.

Prochazka and Teixeira first fought back in June at UFC 275. The fight was an instant classic and easily one of the greatest light heavyweight title fights of all time. Heading into the bout, it was clear that Teixeira needed to get the fight to the ground while Prochazka wanted to keep it standing.

Through four rounds, both men had their moments in their desired areas. However, Teixeira looked like he was going to walk away with the belt. In the fifth round, he was the one who hurt Prochazka on the feet. However, he went for a guillotine and Prochazka slipped out.

Later in the fifth round, Prochazka shocked the world when he submitted the former UFC light heavyweight champion. Now, these two men will run it back to show once and for all, who is the best light heavyweight on the planet.