Is a title shot next for Amanda Lemos after UFC Vegas 64? 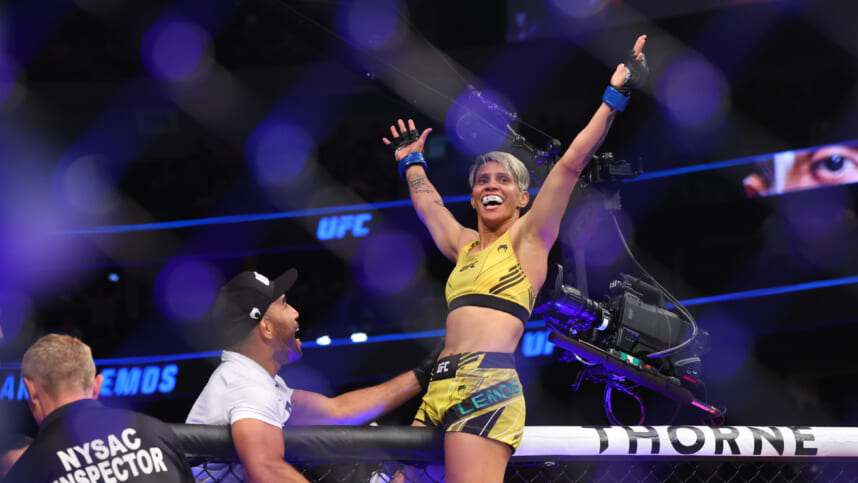 This past Saturday night in the headliner of UFC Vegas 64, we saw a potential title eliminator in the strawweight division. Top contenders Marina Rodriguez (16-2-2) and Amanda Lemos (13-2) were trying to cement their case for the next shot at the 115 pound strap.

Entering the bout, it appeared that we were going to get a clash of striking styles. For Rodriguez, she was going to need to be elusive and use her volume and timing to defeat Lemos. For Lemos, she needed to hit big with her power and explosiveness.

Through the first couple of rounds, both fighters were having some success. However, it all changed in the third round. After a huge right hand, Lemos had Rodriguez backed up against the fence. From there, she unloaded huge bombs that forced the referee to jump in and stop the fight. A massive win for Lemos who halted Rodriguez’s four-fight winning streak.

What’s next after UFC Vegas 64?

Prior to Saturday night, the only person who had ever defeated Rodriguez was current strawweight champion Carla Esparza. Lemos is now 7-1 in her last eight UFC bouts and she’s won back-to-back headliners against Rodriguez and Michelle Waterson-Gomez.

So, is she going to be next for the strawweight title? This upcoming weekend at UFC 281, the title is on the line as Esparza defends against former champion Zhang Weili. The timing couldn’t be more perfect for Lemos.

Lemos is a fresh challenger and would be an excellent fight for whoever is the champion. I fully expect Lemos to get the next crack at the title after the performance she put on this past Saturday night.