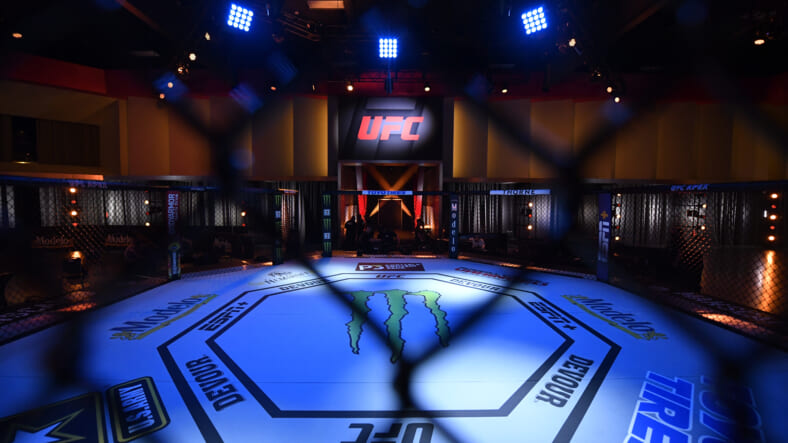 Last night on Dana White’s Contender Series, five fighters were given UFC contracts after impressive performances. However, there’s on fighter that is stealing headlines today because of his age.

17-year-old Raul Rosas Jr (6-0) competed in the co-main event against Mando Gutierrez. Rosas Jr is obviously being looked at as a prodigy, but the UFC wanted to book him against some serious competition in Gutierrez who entered the octagon at 7-1.

Prior to last night’s fight, Rosas Jr’s five opponents had a combined record of 3-3 when they stepped in with the cage with him. Needless to say, he really hadn’t been tested before. Rosas Jr is known for his grappling, but he also has some pretty decent stand up. A little raw, but overall it’s solid.

Gutierrez is known for his wrestling and grappling so this was supposed to be a real test to see if Rosas Jr could have the same dominance against someone like himself. Well, he passed the test with flying colors.

Throughout the three-round affair, Rosas Jr was having his way on the ground with Gutierrez. He was constantly getting into dominant positions and when Gutierrez would get one, Rosas Jr would eventually reverse to get back on top.

He was constantly working for submissions and throwing big shots to try and get the finish. For the first time in his young career, he went the distance. However, his performance was impressive enough for the UFC to give him a contract. Not a developmental deal, but an actual contract to go right into the big show.

So, how will the UFC book Rosas Jr? This is not hyperbole, Rosas Jr is ready to compete against some serious guys at 135. Is he ready for top ten competition at this stage? No, and I don’t think that should be the expectation.

The UFC has to love what they see from Rosas Jr. With that, I expect them to protect him a bit. I don’t see them doing what Bellator did with Aaron Pico in throwing him right to the wolves. Honestly, I think his first fight could be against someone with a striking-heavy skillset.

This would introduce him to UFC fans while allowing him to fight an opponent that would allow him to show off his greatest skillset and show off his dominance. From there, I would expect a slow build over the next couple of years.

I really believe that this 17-year-old kid has championship potential. However, nobody should expect that to happen anytime soon. The UFC knows what they are doing and expect very strategic booking with Raul Rosas Jr.