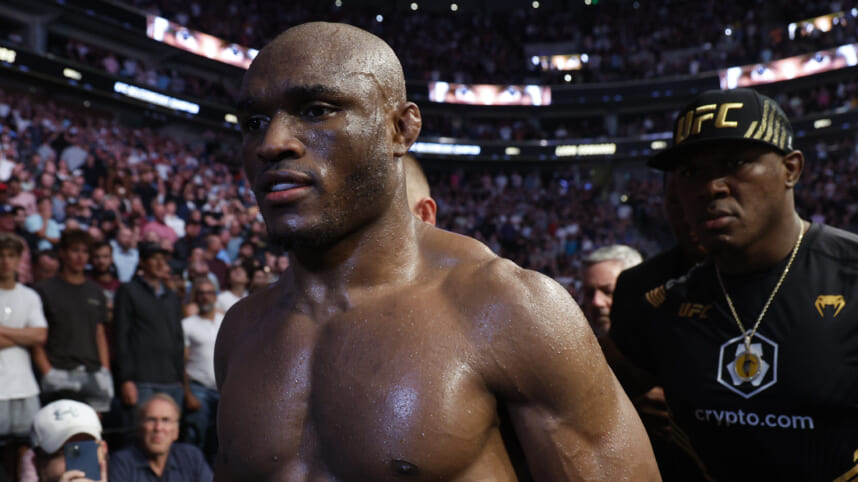 This weekend we saw one of the greatest come from behind upset victories in the history of the UFC. In the main event of UFC 278, the welterweight title was on the line as Kamaru Usman (20-2) was looking to defend his title against Leon “Rocky” Edwards (20-3, 1 NC).

This was the second time the two men had fought. The first time, Usman got the better of Edwards. However, it was evident in the opening round that this was a different Leon Edwards. Edwards became the first man to take down Kamaru Usman inside the octagon.

However, from rounds two through four, Usman started showing why he was the champion and pound-for-pound king. Usman used a combination of his wrestling and pressure to break down Edwards. Edwards looked defeated as he was down 3-1 heading into the final round.

Usman was once again cruising in the final round. With sixty seconds left, Usman was well on his way to winning a 49-46 decision. That would have been his sixth successful UFC title defense and he would’ve tied Anderson Silva’s record of 16-straight UFC victories.

Edwards threw a left hand and Usman moved to evade. When he moved, he moved his head right into position for Edwards’ true attack. Edwards landed a flush kick to the head that put Usman out cold. In a flash, the sixth ruby, pound-for-pound status, and octagon record all went up in smoke.

I’m going to go ahead and get this out of the way, this loss isn’t as big of a deal as some people will make it out to be in terms of Usman’s legacy. When thinking about Kamaru Usman, the comparisons are drawn between him and all-time great Georges St. Pierre.

Without question, Usman and GSP are the two greatest welterweights in UFC history. I’ve seen some people say that Usman can’t catch GSP now that he’s lost to Edwards. However, I emphatically disagree. Let’s not forget that GSP lost to Matt Serra and Matt Hughes during his UFC career.

This is the first time that Usman has fallen. The loss showed the world what we already knew in that Kamaru Usman is not and was not invincible. He’s a human and he made a mistake, got caught, and paid the ultimate consequence.

Will he go down in the history books as the greatest of all time now? Perhaps not, but the jury is still out on greatest welterweight of all time and you can’t convince me otherwise.