Heading into UFC 259, what should we expect from Dominick Cruz? 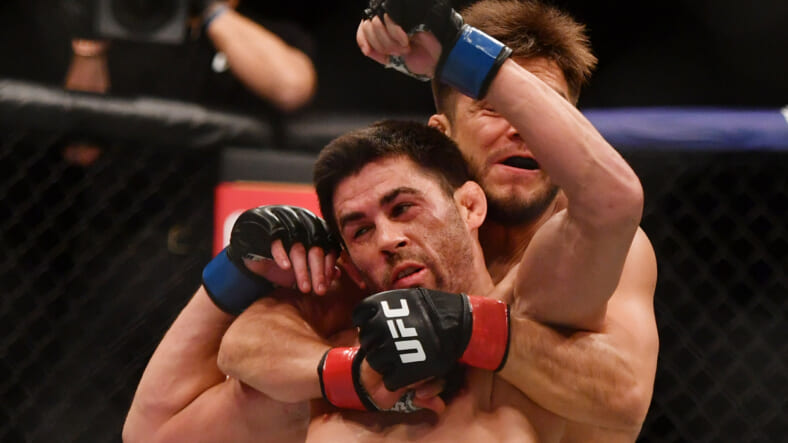 It’s hard to argue that the greatest bantamweight in UFC history is Dominick Cruz (22-3). Had it not been for injuries, Cruz might have been in the conversation as one of the greatest of all time regardless of weight class.

However, injuries have stolen away the second half of Dominick Cruz’s career. Back in 2010, Cruz became the UFC bantamweight champion after the promotion absorbed the fighters from the WEC.

Cruz jumped out of the gate and defended his title twice in 2011 against Urijah Faber and Demetrious Johnson. However, that’s where everything started going down hill. A number of knee injuries kept Cruz out of the octagon until 2014.

The UFC‘s bantamweight division moved on without Cruz and Cruz returned to face Takeya Mizugaki. Cruz looked better than ever finishing him in 61 seconds. However, another round of knee injuries kept Cruz out for another year.

That’s when Cruz returned to face TJ Dillashaw. Dillashaw was the new bantamweight champion and Cruz was able to win a split decision to once again become UFC champion. After that win, Cruz would defeat Urijah Faber in his first title defense.

Cruz was then set to defend his title against Cody Garbrandt. Garbrandt handed Cruz his first career loss in the bantamweight division. After that, injuries kept Cruz out again for more than three years.

What’s left for Cruz in the UFC?

Last year, the UFC was set to have Henry Cejudo defend the bantamweight title against Jose Aldo. However, the pandemic limited Aldo’s ability to travel and he wasn’t able to make it. Cruz was in a position where he could step up and take the fight.

Dominick Cruz hadn’t fought since December of 2016, but he was ready to go for the UFC title once again. However, he was soundly defeated and finished by Henry Cejudo in the second round.

Now, I believe that inactivity and the lack of a full camp played a role in how one-sided the fight was. After that fight, I figured Cruz would walk away from the sport. However, that was not the case at all.

Many, including myself, were shocked to see Cruz take a fight against up and comer, Casey Kenney (16-2-1). Kenny is looked at as a promising prospect, but he’s not even inside the top 15. However, he has won three fights in a row.

Cruz took this fight at UFC 259 because he wants to climb the ladder again. To him, Kenney is a really good fighter on a winning streak and for Cruz it’s like a reset. If he wins, he could be looking at another run. However, if Cruz loses, we will likely see him walk away for good.