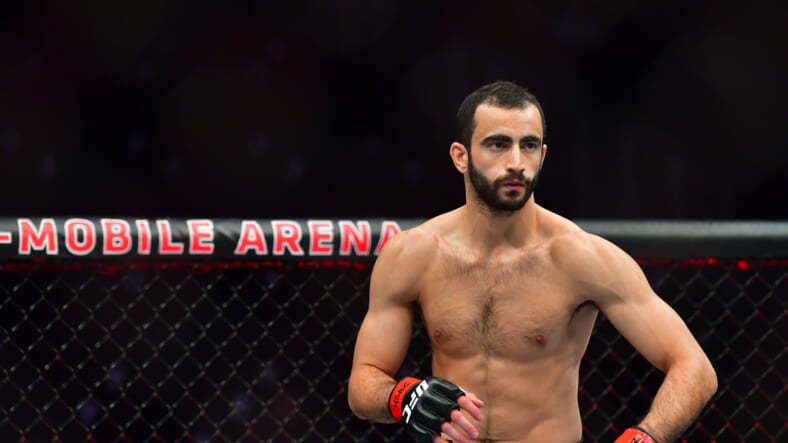 In the co-main event at UFC Vegas 25, we got to see a fun matchup in the featherweight division. Veteran Cub Swanson (27-11) was looking to pick up his third straight win while Giga Chikadze (12-2) was looking to stay perfect inside the octagon.

It’s been a long but successful career UFC career for Cub Swanson. Swanson has been in there with the best in the world and it’s only been the best guys who have gotten the better of Swanson.

A couple of years ago, it appeared that the end could be near for Swanson in the UFC. He lost four fights in a row and was in desperate need for a win. He took on Kron Gracie and was able to win a decision.

After that win over Gracie, Swanson picked up a TKO of Daniel Pineda at UFC 256 last year. If Swanson could win tonight, it would be massive for him moving forward. However, that was a tall order given who he was facing tonight.

Giga Chikadze has been incredibly impressive since making his octagon debut. He’s won seven fights overall in a row and he’s a perfect 5-0 inside the UFC. Swanson is his toughest test to date, but a win over Cub would really show how good he is.

The UFC Vegas co-main event started out with two immediate kicks from Chikadze. The kicks seemed to pause the initial pressure from Cub Swanson. A stiff jab lands for Chikadze. Swanson moves forward with the pressure, but Chikadze is looking fast.

A massive body kick lands for Chikadze and Swanson crumbles. Chikadze follows up with a few shots and the referee calls a stop to the action. Massive win for Giga Chikadze who is now 6-0 in the UFC.