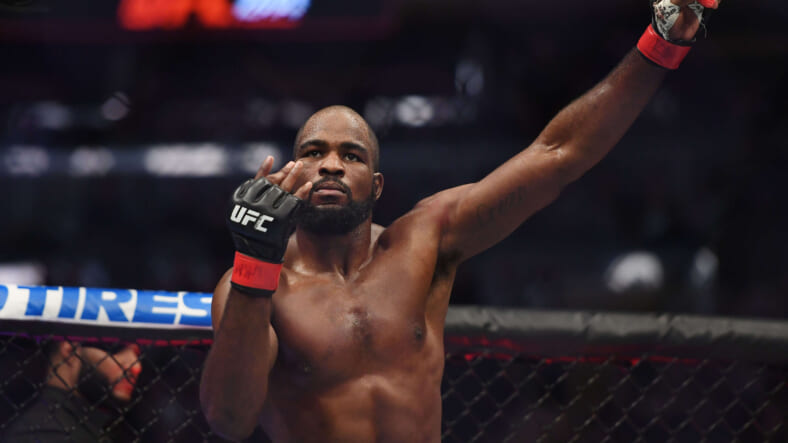 Last week there was shocking news in the UFC when it was announced that the fourth ranked light heavyweight contender, Corey Anderson (13-5), had signed with Bellator. Many were left scratching their heads.

One of the main reasons for confusion was the fact that Anderson still had a few fights left on his deal. This was not some tomato can who had lost a bunch of fights in a row, this was one of the top contenders in the UFC‘s light heavyweight division.

Almost a week after the signing was announced, we are starting to learn a little more about what happened between Anderson and the UFC.

"If I tell [UFC] all the stuff I've been through, I just want a little bit more money, and they say 'no' and release me within 20 seconds; in my mind, it was like 'they really don't want me here.'"@CoreyA_MMA explains his UFC departure to @bokamotoESPN. pic.twitter.com/8qjP0nUoHw

It has been a very rough year for Anderson. After he lost to Jan Blachowicz at UFC Fight Night 167 by knockout, Anderson collapsed in his friend’s driveway. Anderson suffered multiple injuries and had to undergo multiple procedures due to a heart condition.

In an interview with ESPN, Anderson stated that the UFC was wanting to move quickly after he came out of recovery. He stated that he had a contract waiting for him right after.

“I literally came out of the last procedure, rolled into my waiting room and turned my phone on, and had a contract from the UFC for a fight,” Anderson said. “I agreed to the fight, but then my opponent got hurt. They were doing the same thing they did in the past. Offering me fights that didn’t make sense for the money I was making…”

Anderson went on to talk about the fact that he’s the fourth ranked fighter in the world, but he was being paid like a newcomer. The top contender decided to ask the UFC for a little more money considering everything and they promptly said no.

Bellator paying a lot more than the UFC

Anderson told his manager to request a release to see if they could find a better deal elsewhere. He said it took “20 seconds” for the UFC to agree to release him from his current deal.

It wasn’t long after that, that Anderson signed with Bellator. Anderson said that, “Bellator was offering me money like I was the number four guy in the world.”

Needless to say, Anderson is getting a massive pay bump to go over to Bellator. Not surprising considering Bellator’s interest in poaching top talent from the UFC. Bellator usually has to overpay a little to draw away talent.

Anderson will definitely be one of the top contenders immediately in Bellator’s light heavyweight division. I would expect him to get a title shot sooner than later, perhaps in his first Bellator fight.