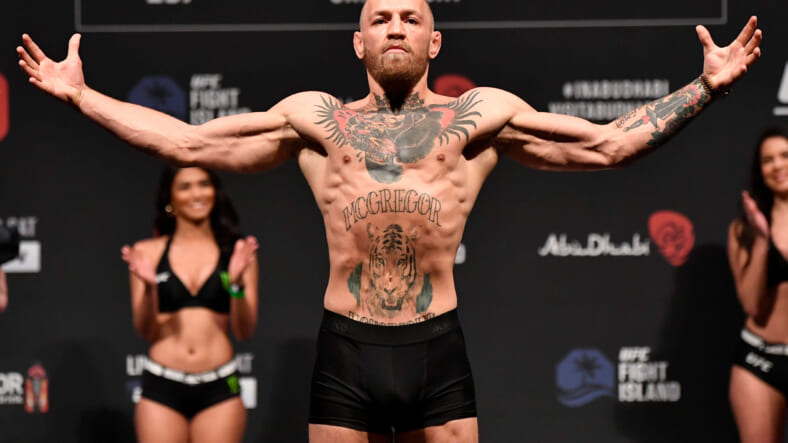 Early on in the first round, McGregor was doing incredibly well. He was blasting Poirier with leg kicks and at one point seemed to hurt Poirier with strikes. However, Poirier quickly turned the tables and started pushing forward.

McGregor went for a guillotine choke which proved to be a grave mistake. Poirier ended up on top and dominated most of the round from that top position. Late in the round, Poirier let McGregor up and the two started striking.

The former UFC two-division champion threw his patented straight left hand and missed. When he stepped back, his leg snapped. The fight was declared over in between rounds and McGregor suffered another loss at UFC 264.

The former UFC champion had surgery to fix his broken leg and he’s been rehabbing ever since. He’s been documenting his progress and McGregor is fully focused on returning to the octagon in 2022.Â

Make no mistake about it, McGregor is planning on returning to the top of the UFC. In fact, he plans on going right into a title shot. McGregor had a Q&A session on his personal Twitter today where he took fan questions.

In one response, he said that he plans on walking right back into a UFC title shot. Personally, I can see it happening if Poirier is the lightweight champion. With the way the last fight ended, there still appears to be some unfinished business there.

It’ll be interesting to see where McGregor goes upon his return. I would recommend that he returns to lightweight, but with The Notorious one, you truly never know what he and the UFC are cooking up.