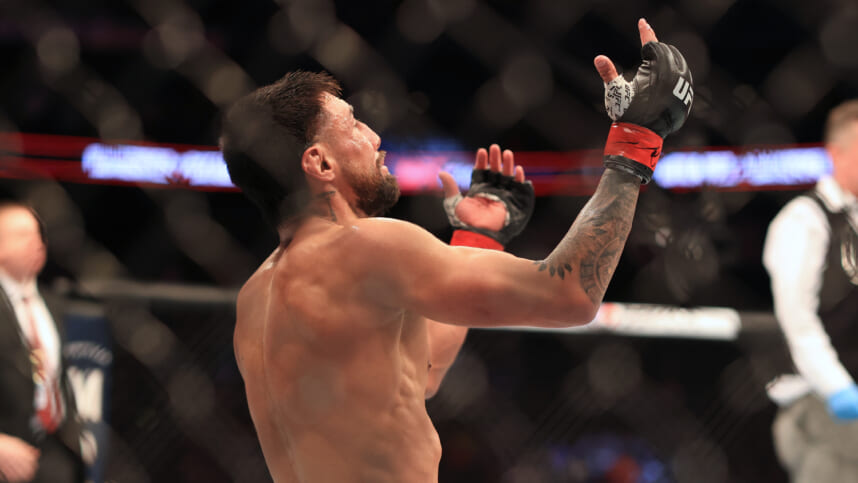 A legend of the octagon made the walk for the final time on tonight’s UFC 281 main card. Former lightweight champion Frankie Edgar (24-10-1) returned for one final time as he took on rising contender Chris Gutierrez (18-3-2).

Gutierrez entered the octagon having gone 6-1-1 in his last eight bouts inside the octagon. He as looking to play spoiler tonight and send Frankie Edgar home with a loss from Madison Square Garden.

The former lightweight champion and featherweight title challenger is a legend. Frankie Edgar moved down to bantamweight for one more title run, but it wasn’t in the cards. At 41-years-old, Edgar was ready to move on and wanted to go out with a win.

The UFC 281 bantamweight contest kicked off with no touch of the gloves. Gutierrez immediately takes the center and Edgar bounces around. High kick attempt from Gutierrez and then a low kick. Left hook attempt from Edgar misses wide.

Low kick from Edgar. Spinning back fist lands clean from Gutierrez and then a powerful low kick. Big jab following those from Gutierrez. Gutierrez is looking crisp and fast here in the first round as he lands big again. Edgar trying to work his way to the inside but he eats a jab.

Huge knee up the middle from Gutierrez and Edgar is out cold. Goodness that was vicious.