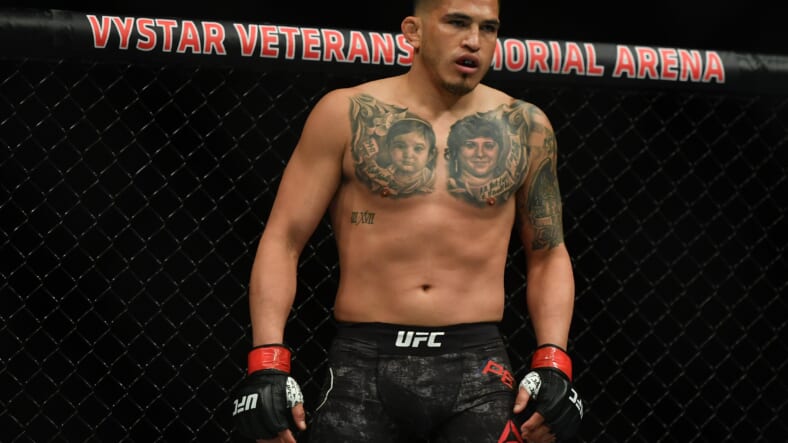 The free agency of Anthony “Showtime” Pettis (24-10) did not last very long. ESPN was first to report that Pettis has agreed to a new deal with PFL. Pettis will compete in their 2021 season in the lightweight division.

Showtime just announced last night that he was leaving the UFC to pursue free agency. Bellator’s Scott Coker expressed serious interest in bringing in Pettis given the fact that they already have Sergio Pettis on the roster.

However, Pettis found his dream deal with PFL. Pettis is the second former UFC champion that has signed with PFL to compete for the promotion during their 2021 season. The other being former heavyweight champion, Fabricio Werdum.Â

This is a big signing for PFL who has started to make waves this year with signings. Of course, they did sign Werdum, but they also made headlines signing the best pound-for-pound boxer in the world, Claressa Shields.Â

Now, they add Showtime Pettis to their expanding roster. PFL has been looked at as an organization that was a step down from Bellator and ONE Championship which were of course step downs from the UFC. However, PFL is flexing it’s muscles at the end of this year.

As mentioned above, Anthony Pettis will be competing at lightweight under the PFL banner. Pettis just competed at welterweight last weekend at UFC Vegas 17. Pettis was able to secure a unanimous decision victory over Alex Morono.

It’s been an up and down few years for Anthony Pettis. The former champion hadn’t put two straight wins together in the UFC since he was the lightweight champion. He couldn’t have picked a better time to start his first winning streak.

The UFC had gone to Pettis earlier this year and tried to sign him to an extension. Pettis decided to bet on himself and look at all the options. Just a few days after he fought out the last fight on his deal, he’s found his new home with PFL.