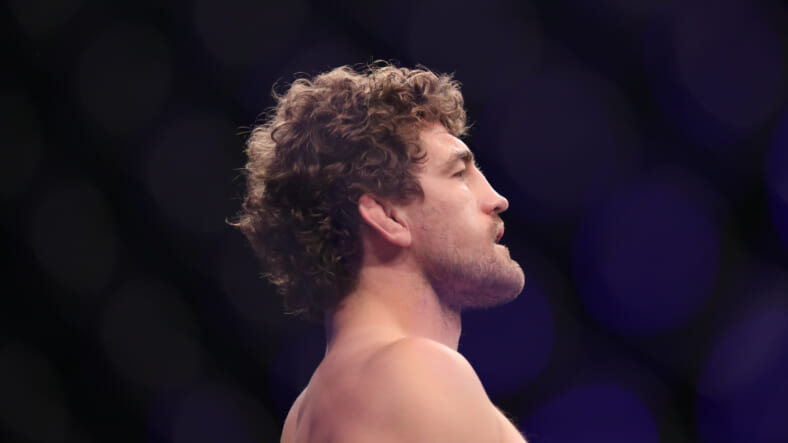 Tomorrow night we will get to see the boxing match that everyone has been talking about for months. YouTuber turned boxer Jake Paul (2-0 Boxing) will be welcoming former MMA world champion Ben Askren (19-2, 1 NC MMA) to boxing.

If you were to tell me a few years ago that Jake Paul would have a professional boxing match scheduled against Ben Askren, I would have rolled my eyes. However, in this day in age it’s important to never be surprised by anything.

Jake Paul followed in his brother’s footsteps into the world of boxing. However, it’s apparent that Jake has taken the transition more seriously than even Logan Paul has. Jake Paul insists that he is a boxer before anything else at this stage in his life.

So far, he’s had two professional boxing matchups. One against another YouTuber and another against former NBA player Nate Robinson. Paul won both of those matchups by knockout.

After those wins, he started challenging MMA fighters to step into the boxing ring with him. While there were many volunteers, “Funky” Ben Askren is the one who signed on the dotted line to face Paul.

Ben Askren has had an incredible MMA career. He won the welterweight title in One and in Bellator before closing his career with the UFC. Askren is known for his wrestling, but he believes that he can win this boxing match against the YouTube celebrity.

As I’m sitting here thinking about my prediction for this boxing match, I’m still shocked it’s happening. Nevertheless, let’s get into the match tomorrow night and who is ultimately going to get their hand raised.

However, unlike Jake Paul’s previous boxing opponents, Ben Askren can take a shot. Ben Askren is not going to be afraid of walking right through the shots that Jake Paul is going to be throwing tomorrow night.

Jake Paul is a lot younger, he’s fast, and has way better boxing technique. However, we’ve never seen someone walk him down and pressure him. I’m personally expecting to see a very tired Jake Paul tomorrow night.

Jake Paul is not going to knock out Ben Askren in a boxing ring. I just don’t see that happening at all. Jake Paul is going to do well early, but as the boxing match goes on, I’m expecting to see him get very tired.

I think the later rounds are all going to be Ben Askren. Ultimately, I think this goes to a decision and it’s going to be close. However, this is the world of boxing and Triller can’t afford to have Askren win. No matter how the fight goes tomorrow, if it goes to the cards, I lean towards Jake Paul getting the nod.