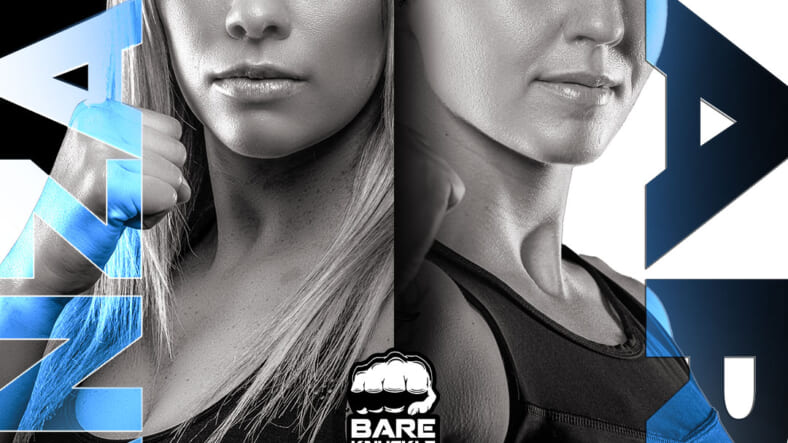 Tomorrow night, BKFC will be on display with their sixteenth event titled, Knucklemania. In the main event of the evening, Paige VanZant (8-5 MMA) will be making her highly anticipated debut when she takes on Britain Hart (1-2 BKFC).

VanZant made waves in the combat sports world when she signed an exclusive deal with BKFC in 2020. After PVZ concluded her contract with the UFC, she was one of the hottest free agents on the market. Bellator made a serious run at signing VanZant.

Yet, it was BKFC that was able to sway her away. They made VanZant an offer that she couldn’t refuse. PVZ said this week that her deal with Bare Knuckle is ten times what she was getting paid in the UFC.

It appears that BKFC is going all in with Paige VanZant so it makes sense that her first fight is as a headliner. VanZant has always had pretty decent striking and she’s shown that at times in the UFC. However, she had a nice variety of kicks and in this fight she will only be able to use her hands.

Because of all the hype, there seems to be a lot of picks flowing towards PVZ. Obviously that makes sense, however, I think people are really sleeping on the other half of the BKFC main event. People shouldn’t be sleeping on Britain Hart tomorrow night.

Britain Hart is not just a vet of BKFC, she’s a former professional boxer. Hart has eleven pro boxing matches and she had a record of 4-4-3. She is very experienced and she knows how to throw her hands. All she’s ever done is boxing while PVZ has been in MMA.

With that in mind, I believe she has a real shot tomorrow night at BKFC 16. While watching back tape on VanZant, I believe she’s going to have the power advantage tomorrow. I also believe that she’s the overall better athlete and her explosiveness should help her.

However, you cannot discount the pure boxing skills and experience of Hart. Hart throws some very solid straight punches and if PVZ gets power happy tomorrow, she might eat some shots that come down the middle.

I really believe that we are going to see a close main event at BKFC 16. You know that the Bare Knuckle brass is going to be hoping for a VanZant win, and I think they will get it in the end. However, I think it’s much closer than a lot of the general public thinks it will be.