Bellator having dialogue with Nate Diaz 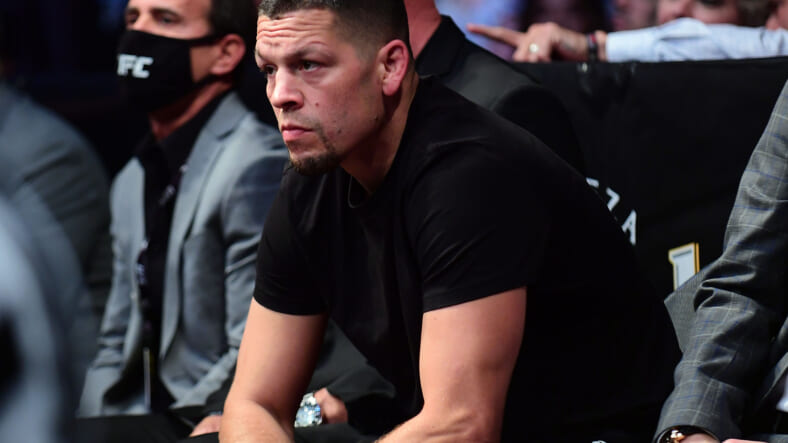 Bellator is making a play for one of the biggest stars in mixed martial arts. Ahead of their Dublin card tomorrow afternoon, Scott Coker was asked if the promotion was interested in attempting to sign Nate Diaz (21-13).

Diaz recently fought out his UFC contract after he submitted Tony Ferguson at UFC 279. Stockton’s finest has wanted out of his UFC contract for some time and he’s finally free to explore his option. Early word is that there is no shortage of options for Diaz.

Now, Diaz has seemingly indicated what he would want next. It appears that Nate Diaz is wanting to box Jake Paul next. Jake Paul is currently scheduled to take on former UFC middleweight champion Anderson Silva in October.

If Jake Paul wins that boxing match, a boxing match with Diaz becomes even bigger. Diaz said in his post-fight interview after UFC 279 that he wanted to take over another arena before returning to the UFC down the road. However, Bellator is trying to become the exclusive home for Diaz’s future MMA bouts.

Diaz’s desire to box Jake Paul is directly tied to Bellator’s interest in Diaz. Jake Paul has an exclusive deal with Showtime and Showtime is also the home of Bellator. With that connection, Scott Coker sees a potential opening where a Jake Paul/Bellator deal could be worked out.

Diaz is no stranger to Bellator as he’s been a fixture at their events in the past with members of his team fighting for the promotion. Nick Diaz reached the height of his stardom in Strikeforce which was ran by Scott Coker. Needless to say, the Diaz brothers have a good relationship with Coker.

The biggest stage with the best opponents is something that has always driven Nate Diaz. That’s why he said in his post-fight interview that he eventually wanted to come back for a UFC title which he viewed as the greatest title in combat sports.

One thing we know for sure is that Bellator is very serious about their pursuit. A star like Nate Diaz could really take them to the next level. Will he give them serious consideration? Time will tell.