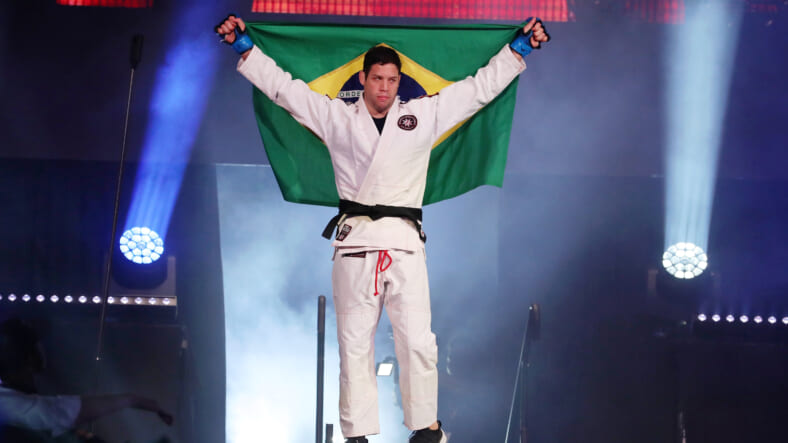 Tonight, Bellator returns and they are featuring a matchup between two elite grapplers in their main event. In the main event, welterweights Neiman Gracie (11-3) will take on fellow grappler Goiti Yamauchi (27-5).

For Neiman Gracie, he’s going to be looking to bounce back. In his last fight at Bellator 274 earlier this year, he was defeated by current interim welterweight champion Logan Storley. Storley was able to mitigate the offense from Neiman Gracie.

Overall, Gracie is just 2-3 in his last five after starting his professional career out at 9-0. While he is looking to avoid two-straight losses and his opponent is looking to continue a winning streak.

This is a big fight for Bellator’s welterweight division. Gracie is ranked fifth in the division and if Yamauchi can come in and defeat him, he’s going to be inching his way towards title contention.

In addition to this welterweight matchup, heavyweights will battle it out in the Bellator 284 co-main event. Former title challenger Valentin Moldavski (11-2) returns as he takes on the undefeated Steve Mowry (10-0).

Mowry made his Bellator debut when he was just 4-0. Since joining the promotion, he’s gone 6-0 with only one opponent making it to the second round. So far in his career, not a single fight has gone the distance, but he faces a stiff test in the Russian Moldavski.

Also on the card is former champion Ilima-Lei Macfarlane (11-2) as she takes on Bruna Ellen (6-3). Worth noting that Macfarlane missed weight for this matchup and she’s trying to snap a two-fight losing streak after starting her career a perfect 11-0.

Austin Vanderford also returns as he kicks off the main card against Aaron Jeffery. Overall, it’s not the biggest of cards in terms of name power, but tonight’s card should still produce some solid action.