Battle of the unbeatens at Bellator 252 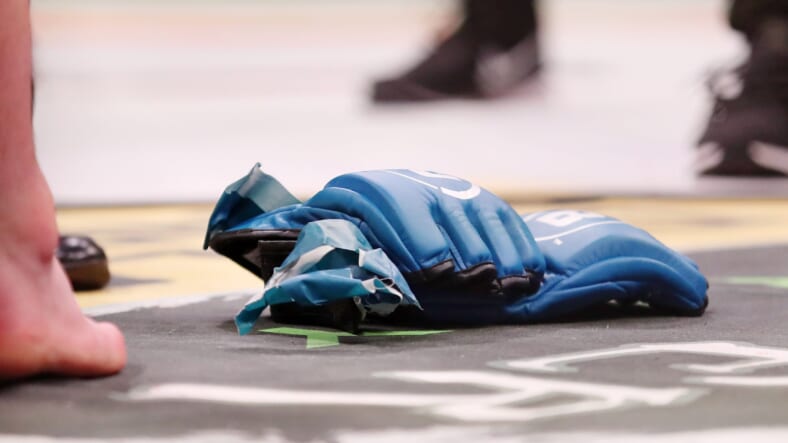 Tomorrow night Bellator 252 hosts a number of fantastic fights. For obvious reasons, a lot of the attention is on the headliner between Patricio Pitbull and Pedro Carvalho. Aaron Pico is also on the Bellator card tomorrow night.

However, there is a fantastic matchup in the welterweight division which really deserves a lot of attention. The fight pairs two top contenders against each other, and both of these fighters happen to be undefeated entering Bellator 252.

That welterweight contest is between Yaroslav Amosov (24-0) and Logan Storley (11-0). Both of these welterweights are looking to take one step closer to securing a shot at Bellator welterweight champion, Douglas Lima.

Storley will be making his seventh appearance inside of Bellator. Storley has gone through every opponent that the promotion has put in front of him including Joaquin Buckley who became a sensation after his highlight knockout in the UFC.

A six-time state champion in wrestling, Storley has used his dominance on the mat to secure his perfect record. There aren’t many people Storley will enter the cage against who will bring his level of ground skills. However, Amosov is one of those fighters.

If you want to find a fighter who displays dominance, look no further than Yaroslav Amosov. 24 men have stepped across from him and all 24 have lost. Out of those 24 victories, only five of them have gone to the scorecards.

Amosov is a world champion in Sambo. He’s extremely good when it comes to his grappling and he displayed those skills against a top wrestler like Ed Ruth. On top of his skills on the mat, Amosov also has really decent striking.

This is a really tough matchup for a guy like Logan Storley. He’s got incredible wrestling credentials, but he’s going up against a guy who might be better on the mat. On top of that, Amosov is going to have the striking advantage.

When it comes to a prediction for Bellator 252, I’m definitely leaning towards Amosov. I just see there being more ways for him to win this fight. I think Storley will keep it competitive, but Amosov just has too many tools in the toolbox.