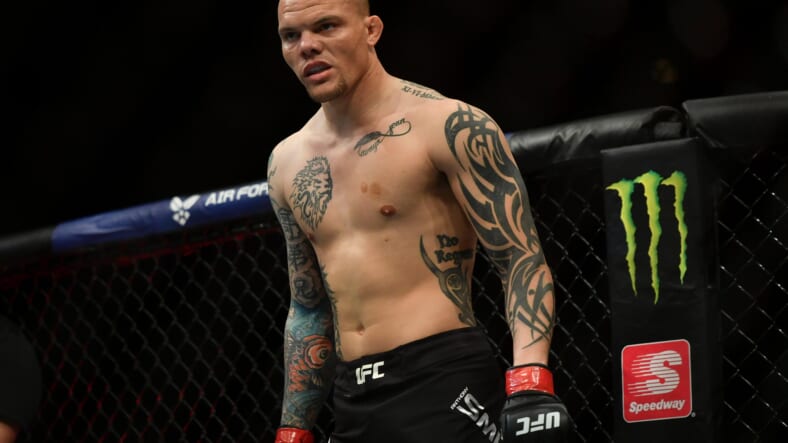 There appears to be an odd man out in the UFCâ€™s light heavyweight division. Former title challenger Anthony â€œLionheartâ€ Smith (36-16) now finds himself in a difficult spot after suffering a recent injury. There were advanced talks to have Smith face Aleksandar Rakic in December.

However, Smith had to pull out of the fight due to knee surgery and the UFC decided to move in a different direction. While the fight with Smith could happen a few months later, the UFC pivoted and booked Rakic in a main event against former light heavyweight champion Jan Blachowicz.

Smith is currently ranked fourth in the light heavyweight division. The only men above him are Rakic, Jiri Prochazka, Blachowicz, and the champion Glover Teixeira. Jiri Prochazka is expected to face Teixeira for the title sometime during the spring.

This leaves Smith as the odd man out at 205 pounds. Smith said this week that he would be frustrated if the UFC gave Rakic the fight against Blachowicz after Rakic has turned down multiple fights. In the end, the frustration wasnâ€™t enough and the promotion booked that fight anyway.

What does the UFC do with Lionheart?

As mentioned, Smith is currently working his way back from a staff infection and knee surgery. Smith told MMA Fighting this week that he would be frustrated that he wouldnâ€™t get the fight with Blachowicz after Rakic has turned down multiple fights while Smith has turned into a gate keeper.

Smith took on up and coming contenders and dominated three of them in his last three fights. Those wins snapped a losing streak which featured a loss to Rakic. The UFC likely gave Rakic the nod due to the fact that he won a head to head battle with Smith. Nevertheless, Smith has a point about Rakicâ€™s inactivity.

The next two guys behind Smith, Magomed Ankalaev and Thiago Santos, are booked to face each other in March. Those two would make the most sense for Smith, but now the only fight out there for him might be a battle against a fellow former UFC title challenger.

In looking at the division, the only opponent that makes real sense is Dominick Reyes (12-3). Reyes has been taking some time off after suffering three straight defeats. Granted, two losses came in title fights and one came in a title eliminator against Jiri Prochazka.

Time will tell what the UFC decides to do. Perhaps Smith becomes the alternate for the title fight with Prochazka and Teixeira. Nevertheless, heâ€™s in a very tough spot and is likely going to be in limbo for the short term.