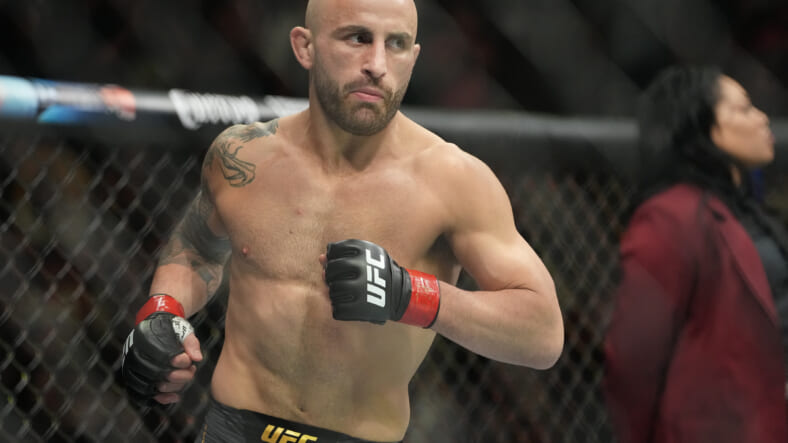 We are just about a week away from one of the most stacked cards in UFC history. On October 22nd in Abu Dhabi, UFC 280 takes place and in the main event, Charles Oliveira (33-8) takes on Islam Makhachev (22-1) for the vacant lightweight title.

On the main card, there’s another top lightweight matchup between Beneil Dariush and Mateusz Gamrot. Most, including myself, figured a guy like Dariush would serve as the backup in case Oliveira or Makhachev fell out of the main event.

However, we learned yesterday that it’s not the case. UFC featherweight champion and current pound-for-pound king Alexander Volkanovski (25-1) will be in Abu Dhabi. He’s been cleared to compete and will serve as the main event backup.

Volkanovski has made it clear what he wants in the future. He’s been dominant over the featherweight division and he’s eyeing the chance to become a two-division UFC champion. He’s openly talked about his desire to fight whoever wins next Saturday night.

Turns out, if something terrible happens to one of them, he’ll get his chance earlier than expected. Realistically, Volkanovski could be the next challenger for the lightweight title. If you look at the featherweight division, only Yair Rodriguez and Josh Emmett are essentially left for Volk.

Personally, I think those two should fight with the winner getting a shot at the champ, but the promotion hasn’t been able to make it happen. If those two were to fight, it would open the door for Volkanovski to take another fight in the meantime. Perhaps that could be a lightweight title shot.

If Charles Oliveira wins at UFC 280, he would’ve defeated the top four ranked fighters at lightweight in his last four fights. Even if he wins, I’m not sure Dariush would get the next shot at the title. I could see the UFC giving the fight to Volkanovski or even Conor McGregor just for headlines alone.