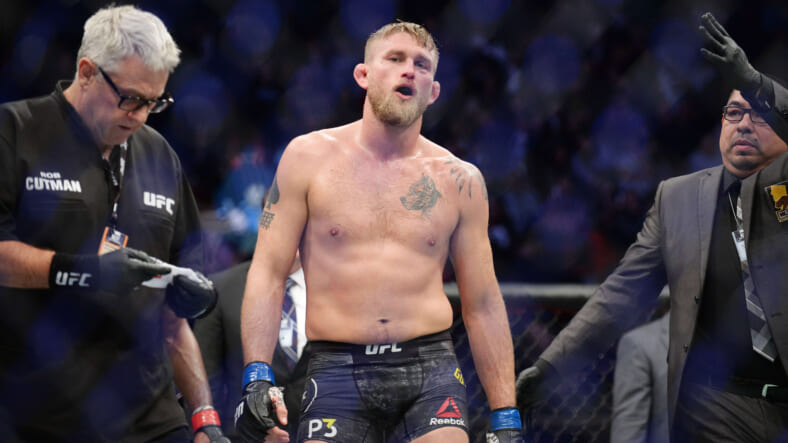 After taking last Saturday off, the UFC has been busy in the match making room booking fights for the rest of the year. This morning, we learned of another bout that’s been finalized and it features two veterans in the light heavyweight division.

OSP is going to be looking for his second straight win. The last time we saw OSP was back in May at UFC 274 when he had a rematch with Shogun Rua. The fight was underwhelming, but OSP did get the split decision victory to snap a two-fight losing streak.

Things haven’t gone great for OSP in recent years. After rising through the ranks and even challenging Jon Jones for the interim title earlier in his career, OSP is just 4-6 in his last ten bouts.

Another man who has fallen on hard times is OSP’s opponent in December, Alexander Gustafsson. Gustafsson has lost four-fights in a row and is getting closer and closer to the end of his career. At his best, Gustafsson was easily one of the best light heavyweights in the world.

Just look at the man’s resume. Gustafsson has wins over Glover Teixeira, Jan Blachowicz, and Shogun Rua. He also was in two of the greatest light heavyweight title fights of all time against Jon Jones and Daniel Cormier.

That being said, things have gone downhill quickly for Gustafsson. In December 2018, Gustafsson lost to Jon Jones for a second time. Then he was submitted by Anthony Smith which forced him into a brief retirement.

He came back in 2020 at heavyweight where he was submitted by Fabricio Werdum. Gustafsson then took two years off before he returned at UFC London in July. That night, he was knocked out in the first round by Nikita Krylov. Needless to say, the end might be near for Gustafsson.

However, this is the right kind of fight for him. Both veterans are past their primes and closer to the end of their careers. For the fans, this should be a fun one.