Aleksandar Rakic earns a decision over Thiago Santos at UFC 259 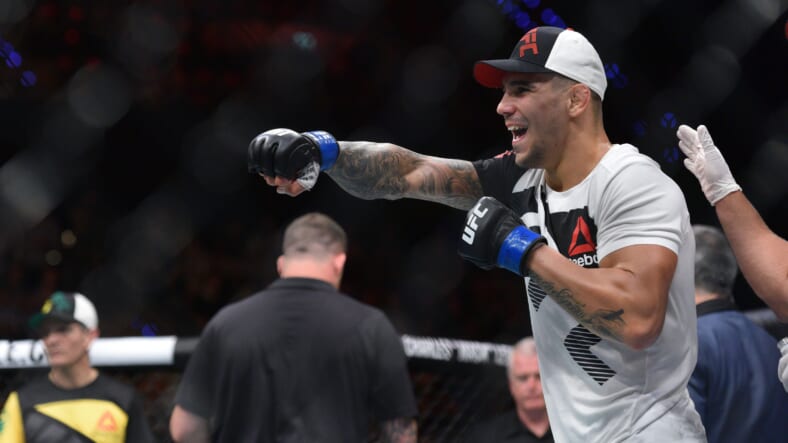 For Thiago Santos, he was looking to snap a two-fight losing streak. At UFC 239, Santos got his shot at Jon Jones for the light heavyweight title. Early on in the fight, Santos tore most of the ligaments in his knee.

Somehow, Santos was able to will his way through the fight and fight Jones to a split decision. It would be more than a year before Santos returned. Just a few months ago, Santos returned against Glover Teixeira.

Santos dropped Teixeira a few times in the fight, but didn’t look the same and ultimately was finished in that fight. He had a very tall order this evening in trying to end the losing streak. Many consider Aleksandar Rakic to be a future champion.

It’s hard to find a weakness when examining the overall game of Aleksandar Rakic. He’s good on the feet, good on the ground, and he’s one of the biggest guys in the division. The only slip up he’s had in his UFC career thus far was a split decision to Volkan Oezdemir. A win over Santos would put him in title contention.

The UFC 259 main card opener started with a touch of the gloves. Rakic opened with pressure while Santos was circling on the outside. Good low kick from Santos opens up the striking.

Santos moves forward with his own pressure, but Rakic lands some counters that backs him off. Both men were just looking to time the other early on. Powerful leg kick lands for Thiago Santos.

Rakic throws a high kick that was blocked, but it was powerful and got Santos’ attention. Santos was remaining patient on the outside while Rakic was plotting forward cautiously. Santos steps forward with a big body kick and a left hand.

The second round of the UFC 259 light heavyweight contest started with more pressure from Rakic. Santos was a little more in his base to start the second and he was looking for power shots. A nice leg kick from Santos opens the striking.

Santos tries to push forward with a superman jab, but it doesn’t land. Rakic went right back with the pressure and tried to land a lead uppercut. A good leg kick lands for Rakic. Santos lands a good jab to the body of Rakic.

Thiago Santos didn’t seem to have much explosion in there tonight. He tries to push forward, but Rakic catches him and presses him against the fence. Rakic was landing some decent body shots in the clinch, but nothing significant.

One minute left in the round and there was virtually no action in this one. Rakic lands a nice counter 1-2 just before the round ends. The UFC 259 main card opener wasn’t the most thrilling fight to start, but Rakic has won the first two rounds on my scorecard.

Entering the final round at UFC 259 and Santos needs a finish in this one. Rakic opens the striking with a switch kick that was blocked by Santos. Both men exchange leg kicks and the action was already picking up in the third.

Santos then shoots in for a surprising takedown and Rakic defended and pushed Santos against the fence. They separate and Santos lands a body kick. A nice leg kick lands for Santos. Santos then lands a massive body kick on Rakic.

Rakic lands a leg kick and he tries to close the distance behind his jab. A 1-2 lands for Rakic, but Santos counters with a powerful leg kick. Halfway through the round and Santos lands a stiff jab on Rakic.

One minute left and Santos needs to separate. However, Rakic was doing well staying heavy along the fence. The two separate with thirty seconds left in the round. However, neither man landed anything in the final thirty seconds and this one ends. Should be a decision win for Rakic at UFC 259.