After setback at UFC Vegas 37, what’s next for Ryan Spann? 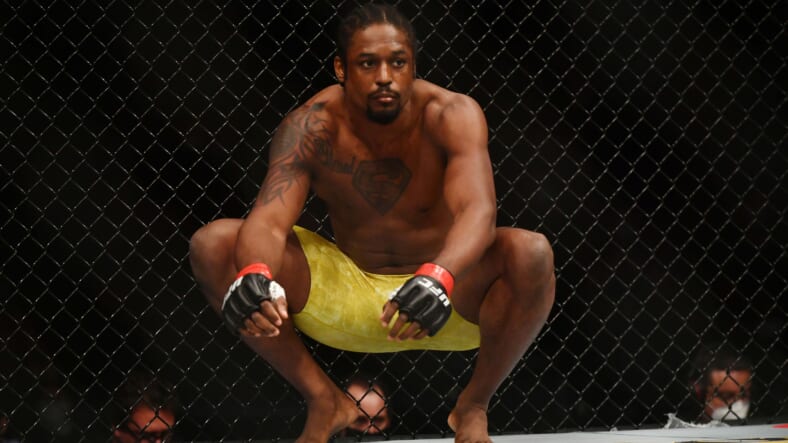 This past Saturday at UFC Vegas 37, Ryan Spann (19-7) got his first crack at a main event with the promotion. He was taking on former title challenger Anthony “Lionheart” Smith (36-16) who has turned into a bit of a gatekeeper at 205.

It was a massive opportunity for Spann who was looking to break through into the UFC‘s top ten at light heavyweight. However, the fight didn’t go according to plan for Spann.

When the fight first started, Spann looked pretty good. He looked very active on the feet. You could tell that he does a great job of listening to his corner. Often giving them verbal feedback while competed while their shouting instructions.

Spann was able to land a takedown at UFC Vegas 37 and land a few shots, but overall, it was a very swift and sour night for Spann. During an early exchange, Spann was dropped and hurt by Lionheart.

Spann was eventually able to regain his composure, but that didn’t last long. He would get wobbled and hurt again by Smith which resulted in him ending up with Smith on his back. Smith locked up a choke and Spann tapped at UFC Vegas 37.

As mentioned, this was Spann’s first real taste at the top of the light heavyweight division. It didn’t go well at all. However, that just goes to show that he has a lot more growing he needs to do.

Spann just turned 30 and he’s shown off a ton of raw tools during his run in the UFC. Back in 2017, Spann was finished in 16 seconds on his first fight on The Contender Series. After that loss, he went back the drawing board and won eight fights in a row.

During that stretch, he got another shot on The Contender Series where he picked up a quick first round finish to earn a UFC contract. Upon reaching the promotion, he started 4-0 which included wins over Devin Clark and Antonio Rogerio Nogueira.

Since then, he’s just 1-2 in his last three with the two losses coming by first round stoppage. He also has a first round win over Misha Cirkunov during that stretch. This tells me that he’s a fringe top ten UFC light heavyweight, but still has to sharpen some things up before he’s ready for the top.

With that, what’s next for “Super” Ryan Spann? Well, there are a couple of options. If the UFC wants him to reset a bit, I like a matchup with Dustin Jacoby (15-5-1). Jacoby is 5-0-1 in his last six and he’s just outside the top fifteen. This would be a good measuring stick fight for both men.

If they want to keep Spann fighting ranked opponents, I would look at the Volkan Oezdemir (17-5) – Magomed Ankalaev (15-1) fight in October. Whoever loses that fight would be a good fight for Spann as the loser would be in a very similar spot as him.