After setback against Dominick Cruz at UFC 259, what’s next for Casey Kenney? 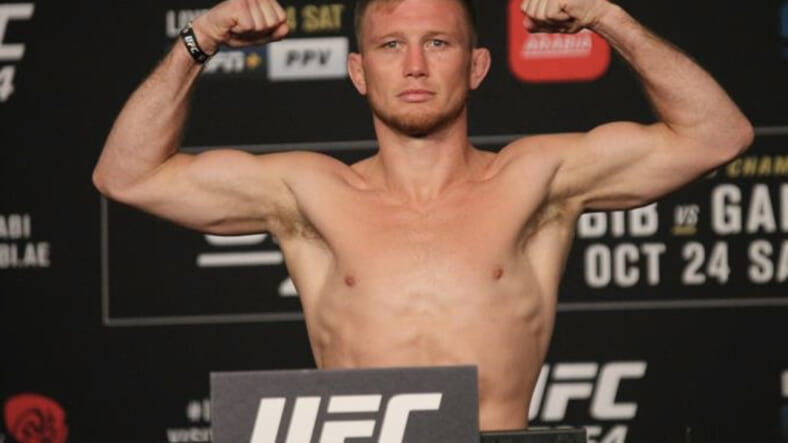 This past Saturday at UFC 259, the featured prelim was a pivotal matchup in the bantamweight division. Former bantamweight champion Dominick Cruz (23-3) was making his return against rising contender, Casey Kenney (16-3-1).

Entering UFC 259, Casey Kenney had a lot of momentum. He had won three fights in a row and was on the verge of a ranking. This fight against the former champion was his golden opportunity to bust into the top fifteen.

The first round went a lot like a lot of Dominick Cruz fights. Casey Kenney seemed a little thrown off by the movement and the defense of Cruz. The entire first round, it appeared that Kenney was a step behind.

In the second round, Kenney really started to find his groove. He was blasting the former UFC champion with low kicks and he kept pushing forward to cut off the movement of Cruz. The second round was a clear win for Kenney.

Going into the third, the fight was on the table. Both men did well in the first couple of minutes, but Cruz landed a big takedown in the second half of the round. In the end, two of the three judges gave the split decision win at UFC 259 to Dominick Cruz.

What’s next for Casey Kenney after UFC 259?

While he didn’t get the win on Saturday night, Casey Kenney showed me a lot. He showed that he belongs in there with some of the best in the division. So while it was a split decision loss, I don’t think he lost any ground in the division.

When thinking about what comes next for Kenney, there is one opponent that sticks out to me. That would be the Team Alpha Male product, Song Yadong (16-5-1, 1 NC). Song was also on the UFC 259 prelims and lost to Kyler Phillips.

This loss kicked Song out of the top fifteen at bantamweight. I believe that both of these guys are in a very similar position and I think a fight between the two would make a lot of sense. Whoever would win would have a great argument to get back in the UFC rankings.