After seeing winning streak snapped at UFC Paris, what’s next for Tai Tuivasa? 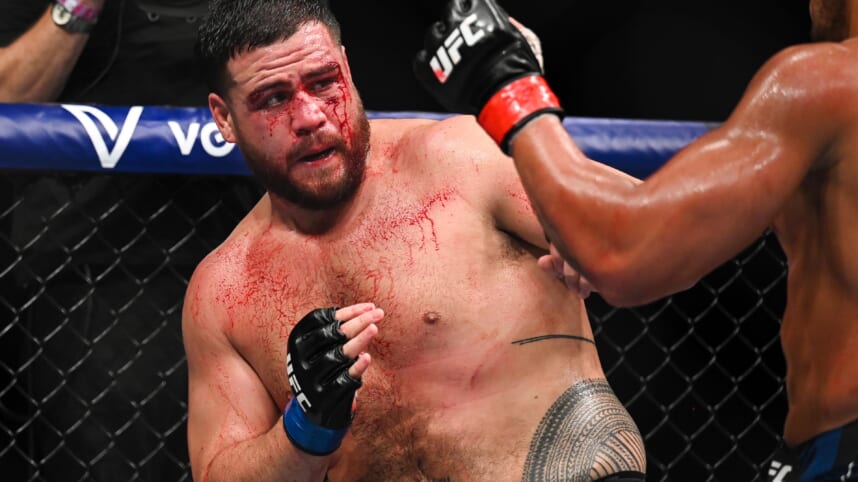 This past Saturday in the main event of UFC Paris, we saw a potential title eliminator in the heavyweight division. Former interim champion Ciryl Gane (11-1) was looking to halt the momentum of the surging Tai “Bam Bam” Tuivasa (15-4).

After suffering a three-fight losing streak a few years ago, Tuivasa rededicated himself to his career. From there, he became a completely different fighter. Tuivasa would go on to win five straight bouts that led him to this shot against the former interim champion.

For Tuivasa to find success at UFC Paris, he needed to get on the inside with his power. In the first round, he struggled to do that. Gane was doing his thing by staying extremely light on his feet and controlling the distance with his kicks.

In the second round however, Tuivasa had his moment. He was able to close the distance against the cage and sent Gane down with a huge right hand. He tried to follow up but Gane was able to get away and reestablish distance. Tuivasa didn’t have another chance the rest of the fight.

In the third round, the damage really started to add up for Tuivasa. He ate some brutal body kicks. Then, Tuivasa tried a blitz and left himself open for a counter. Gane blasted him with a huge uppercut followed by a few more clean shots that sent Bam Bam down and ended the fight at UFC Paris.

What’s next after UFC Paris?

Yes, Tai Tuivasa lost on Saturday night. Yes, he saw his winning streak come to an end. However, in my opinion, this loss takes nothing away from Tuivasa. I don’t think that his stock fell with this loss to Ciryl Gane. In a way, his stock went up because he was able to really hurt Ciryl Gane which Francis Ngannou didn’t even do.

Nevertheless, he lost at UFC Paris and now must reset. With that in mind, who would be a good next opponent for Tuivasa? Well, there are some really good options in the heavyweight division. There are two options I’m currently looking at.

One option is the winner of the upcoming Jairzinho Rozenstruik – Chris Daukaus matchup that takes place on October 1st. Whoever wins that matchup would be a great opponent for Tuivasa. Another great option would be Alexander Volkov. Any of those three guys would be a great next fight.