After regaining the UFC strawweight title, who’s next for Zhang Weili? 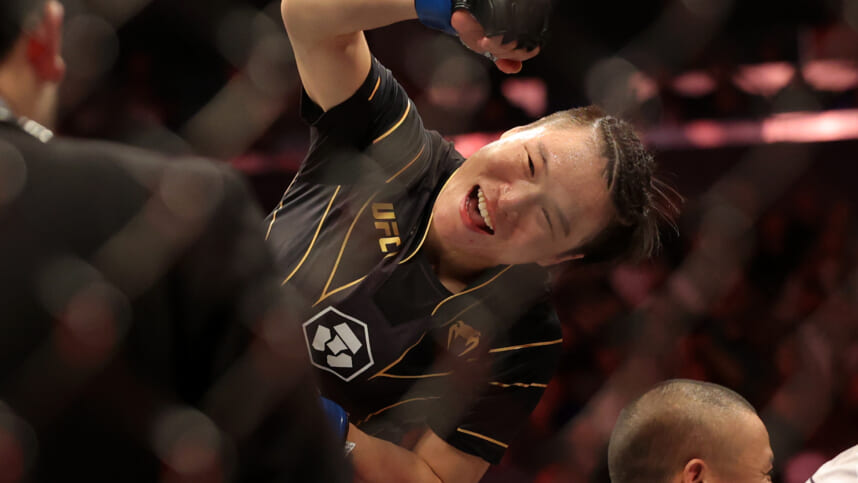 This past Saturday in the co-main event of UFC 281, the strawweight title was on the line. Carla Esparza (19-7) was looking to defend her title against former champion Zhang Weili (23-3). Despite Esparza being the champion, she was the massive betting underdog.

Heading into the fight, I really didn’t see a path to victory for Esparza. I figured the physical strength of Weili would be too much in the end for Esparza. In the first round, Esparza was having a very tough time closing the distance and Weili was just picking her apart.

Now, there was a scramble where Esparza did get top position, but it didn’t last long. Weili got back to her feet and started picking apart the champion again. In the second round, it was more of the same until another scramble saw Weili get the back of Esparza.

Weili was able to get a crucifix from the back and locked up a modified rear naked choke. With only one hand to fight the choke, Esparza was forced to tap right away. Zhang Weili is once again the UFC strawweight champion.

Now that Weili is back on top, we start wondering what is next for the champ. There have been some people who have called for a third fight with Rose Namajunas. However, I really don’t think this is the path the UFC should go.

Lemos just stopped Marina Rodriguez and absolutely deserves a shot at the strawweight title. Let Weili fight her and perhaps put Namajunas on the undercard. If Namajunas and Weili both win, then you can run the trilogy back. However, Weili – Lemos is the fight to make.