After losing fifth straight at UFC 279, what’s next for Tony Ferguson? 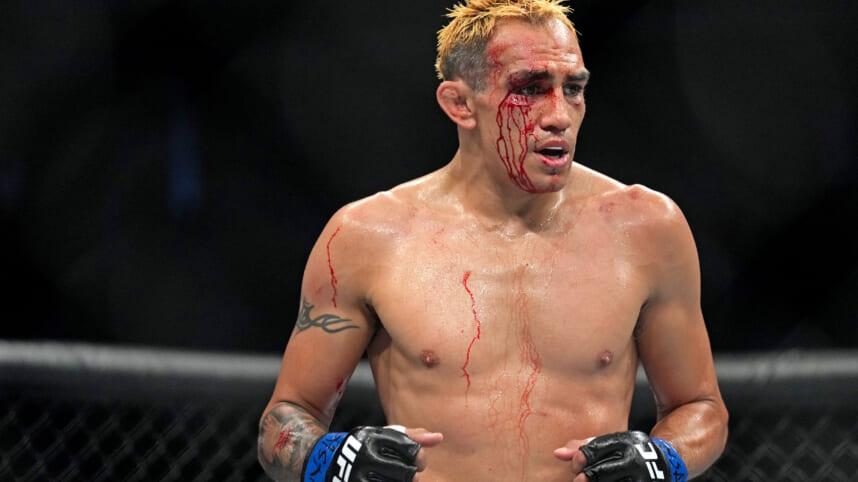 Originally, Diaz was supposed to face Khamzat Chimaev and Ferguson was supposed to face Li Jingliang. However, after Chimaev massively missed weight, the UFC switched around the card and we got Ferguson – Diaz. This was a fight fans wanted for a long time and due to some crazy circumstances we finally saw the fight.

However, the fight really wasn’t what it should’ve been. I’ve wanted to see this fight for a very long time, I just wish it came together when both men had the opportunity to train for each other. Ferguson hadn’t trained for five rounds and Diaz trained for a wrestler. With that, neither man was at their peak.

However, they still delivered a solid contest. El Cucuy did a great job of using leg kicks to batter the lead leg of Nate Diaz. Diaz would hurt Ferguson when he would press forward with boxing combinations. Both men were having success through the first three rounds.

In the fourth round, Ferguson was doing damage to Diaz’s leg. However, his corner called for a takedown. He listened but ended up right in a guillotine choke. He tried to fight the hands but it was too deep and Ferguson was forced to tap.

Now, before I say anything, I will acknowledge the last second (literally) change of opponents for Ferguson. That certainly didn’t help his cause. However, putting that aside, the reality is that the former interim lightweight champion has now lost five fights in a row.

After going unbeaten from 2013 – 2019 in 12 fights, Ferguson has now lost five in a row. Now granted, none of the five he’s lost to are bad opponents. In fact, Diaz is the worst from a rankings perspective but we know that regular rankings don’t really apply to Nathan Diaz.

The other opponents Ferguson lost to all rank inside the UFC’s top six at 155. With that in mind, I’m not as down on Ferguson as some. Do I believe his days as an elite contender are over? Yes, I do. However, I still believe there is gas in the tank for El Cucuy. The fights just have to be right.

So, who should he face next? Well, I think a lot will come down to the weight class. I think he’s best at 155, but I wouldn’t be shocked to see him at 170 for his next fight. With that, I would love for the promotion to give him a fan-friendly matchup.

Perhaps a good matchup would be with former welterweight champion Robbie Lawler regardless of what happens in Lawler’s Ponzinibbio fight in December. Another solid option would be Matt Brown. You get what I’m saying, these are the type of opponents that need to be next for El Cucuy. Then, if he can’t get wins there, perhaps we start talking about the end for Tony Ferguson. However, we aren’t there yet.