After knocking out Conor McGregor at UFC 257, what’s next for Dustin Poirier? 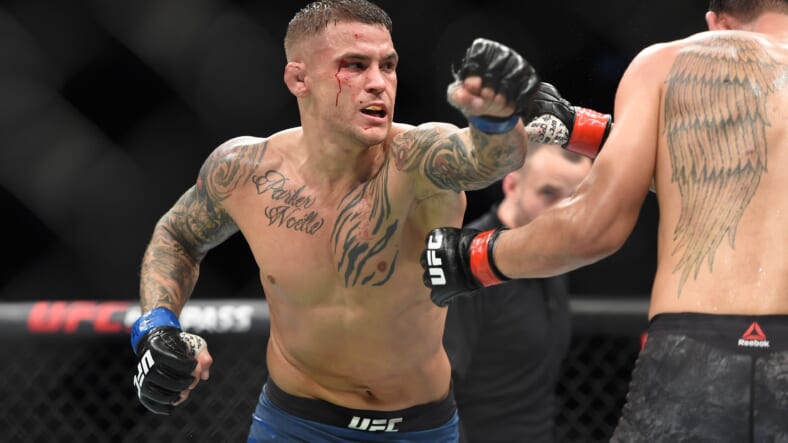 For six years Dustin Poirier (27-6, 1 NC) has wanted to get back his loss to Conor McGregor (22-5). He finally got his chance at UFC 257. McGregor and Poirier headlined last night’s PPV in an event that was pivotal for the lightweight division.

There is no doubting the fact that Dustin Poirier is way better than he was at UFC 178. The questions were whether or not he’s been able to catch up to Conor McGregor or surpass him during that time. Last night, we emphatically got our answer.

Poirier is known for being a slow starter and he did lose the first round at UFC 257. He did have his moments, but McGregor seemed to get the better of the striking exchanges and even landed some of his shoulder strikes.

However, Poirier was still there after the thirst. In the post-fight press conference, Poirier admitted that McGregor really stunned him with a shot in the first. He said that if McGregor would have pushed forward, he thinks he’d have been in a lot of trouble.

However, McGregor didn’t push forward. During these exchanges, Poirier was racking up the leg kicks. By the second round at UFC 257, they had really done a lot of damage. One really wobbled McGregor and Poirier pounced. He transitioned to power shots from that and put McGregor to sleep.

I was truly blown away by the performance of Dustin Poirier last night at UFC 257. He took some really good shots, but he stayed composed and did what was needed to get the job done against Conor McGregor.

There is no questioning the fact that Dustin Poirier should be fighting for the UFC lightweight title next. The question is more around who he will fight with Khabib Nurmagomedov (29-0) retiring.

Dana White said that the UFC wants to book Poirier against Michael Chandler (22-5) for the lightweight title. However, Poirier said in the post-fight press conference that he doesn’t have any interest in fighting Chandler.

Poirier said that the only UFC fights he’s interested in is the trilogy fight with McGregor or fighting Nate Diaz (20-12). Diaz and Poirier were supposed to fight a couple of years ago before Poirier got injured.

Time will tell what will happen, but The Diamond should be getting a title shot no matter who he fights. One thing for sure is that Poirier made it clear that he’s the UFC’s best lightweight not named Khabib last night.