After getting knocked out at UFC 261, what’s next for Jorge Masvidal? 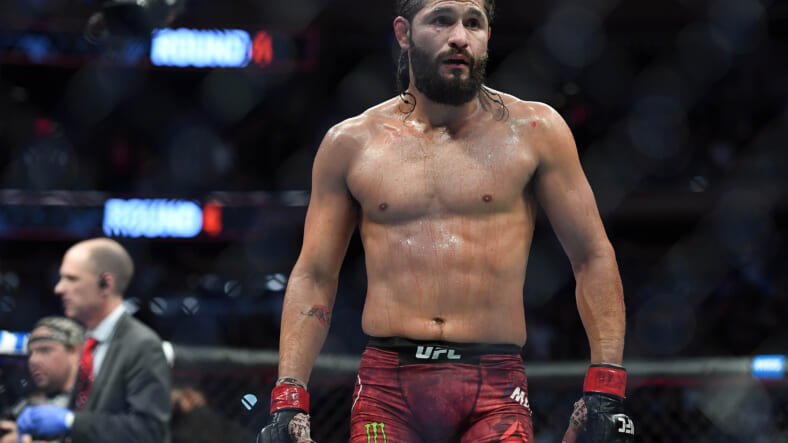 This past Saturday at UFC 261, we got to see the rematch between Jorge “Gamebred” Masvidal (35-15) and Kamaru Usman (19-1). The two men ran things back after Usman won a decision last July at UFC 251.

Because the first fight was on short notice, there were a lot of questions around whether Usman could beat Gamebred when Masvidal had a full camp. Saturday night, we got the answer to those questions.

Going into UFC 261, the thought was that if the fight was on the feet, Masvidal would have a massive advantage. Masvidal has some of if not the best boxing in the UFC‘s welterweight division.

Usman of course is known for his grappling and his pressure. However, in recent fights, we’ve seen Kamaru Usman drastically improve his striking under new head coach Trevor Wittman.

At UFC 261, Usman was always one step ahead of Masvidal even on the feet. His straight shots were always landing first all night. Gamebred really couldn’t get anything going offensively outside of some decent leg kicks.

Just over a minute into the first round, Usman unleashed a right straight that sent sweat flying and Masvidal to the canvas. The UFC‘s BMF was knocked out cold in a manner that shocked everyone watching.

Make no mistake about it, Masvidal’s reputation and star power took a major hit on Saturday night. Obviously, Masvidal has lost a lot in his career and this won’t be the end, but it definitely takes a ton of steam off of him in getting knocked out like that.

In hindsight, Masvidal should have taken the UFC’s offer to coach TUF against Colby Covington. Even if Masvidal lost to Covington, he wouldn’t have lost in the fashion that he did on Saturday night.

Nevertheless, Masvidal got another UFC title shot and you can’t blame him for going after that. So the question becomes, what’s next for Masvidal? Well, I think for that we look at UFC 262.

In a few weeks, Nate Diaz (20-12) and Leon Edwards (18-3, 1 NC) are co-headlining the card. I think you pair Masvidal with one of those two. If Edwards wins, I can’t see him taking the Masvidal fight now. He’ll likely wait for the winner of Usman/Covington.

So, I think the UFC should pair Masvidal with Nate Diaz whether he wins or loses or pair him with Edwards if he loses. Both of those fights would sell well considering the history that Gamebred has with both men.

While his star power took a hit, I don’t think this is the end for Masvidal. He is still definitely a draw and with the right pairing, I think the UFC will do very well the next time Masvidal is on the marquee.