After falling short at UFC 280, what’s next for Charles Oliveira? 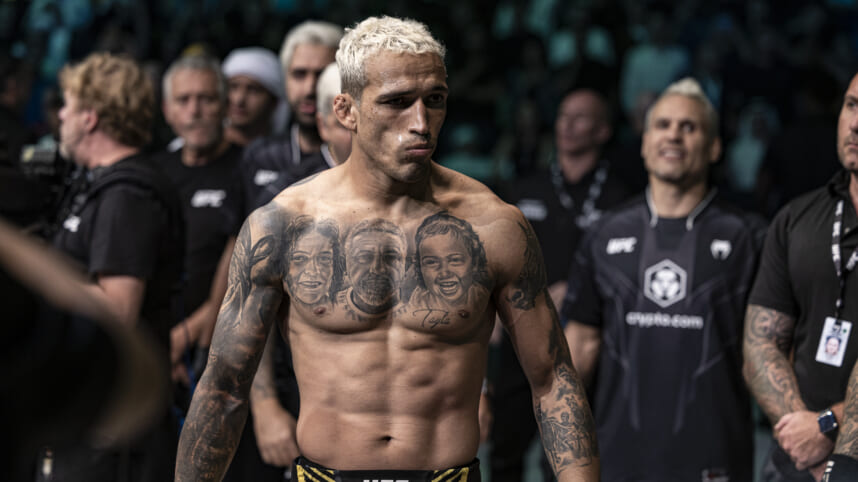 This past Saturday in the headliner of UFC 280, the vacant lightweight title was on the line. Charles Oliveira (33-9) was looking to win back the title he never lost inside the octagon when he faced off against Islam Makhachev (23-1).

People viewed these two men as clearly the best lightweights in the world. Oliveira lost his title before his last defense because he weighed in .5 pounds over the championship limit. Because of this, the title was vacant heading into the fight although Oliveira was looked at as the champion.

When the fight started, both men were comfortable on the feet. Makhachev landed a big shot early and Oliveira pulled guard looking for submissions. However, Makhachev’s top game was too good and Oliveira couldn’t get anything going.

In the second round, Oliveira looked to keep the fight standing. Both men were having moments and then a big counter hook from Makhachev sat Oliveira down. He got on top and locked in an arm triangle. Oliveira tried to defend but the squeeze was too much and it was over. Oliveira’s 11-fight UFC winning streak and his title were gone.

The run that Charles Oliveira went on is as impressive a run as anyone in lightweight history. In my opinion, the four-fight stretch he was just on was more impressive than the stretch the great Khabib Nurmagomedov went on before he retired.

Dominating Tony Ferguson then finishing Michael Chandler, Dustin Poirier, and Justin Gaethje. However, Makhachev proved to be too much at UFC 280, but make no mistake about it, Charles Oliveira isn’t going anywhere. I fully expect these two men to fight again.

With that in mind, what’s next for Charles? Well, I like the idea of him fighting Beneil Dariush. Dariush got a huge win earlier in the evening and originally, he was supposed to fight Makhachev in a title eliminator earlier this year before an injury.

Makhachev looks to be fighting Alexander Volkanovski next so why not have Charles and Dariush fight? Makes all the sense for all involved after UFC 280.