After coming up short at UFC Vegas 29, what’s next for Dan Ige? 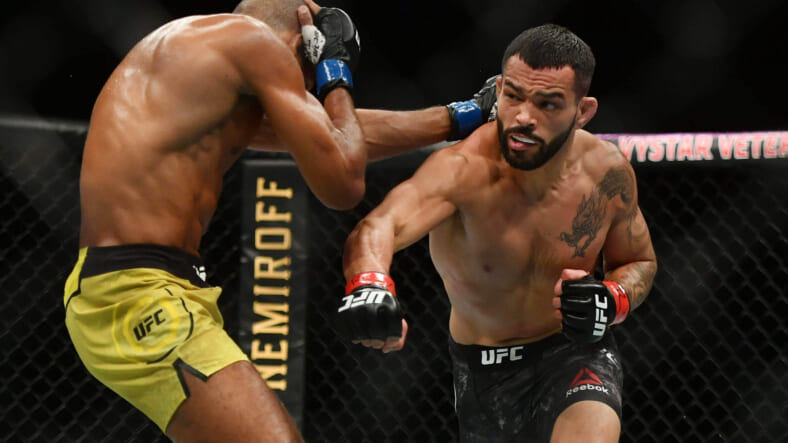 This past Saturday at UFC Vegas 29, in the main event Dan Ige (15-4) got a shot at former title challenger Chan Sung Jung (17-6). Heading into Saturday night, Ige was coming off of a 22 second knockout over Gavin Tucker back in March.

After Ige got that win, he immediately called out The Korean Zombie for his next fight. The UFC honored that request and the fight was made between the two men. So far in Ige’s UFC career, he’s been incredibly solid.

After losing his debut with the promotion, Ige won six fights in a row including a win over Edson Barboza. From there, Ige got his first headlining fight against Calvin Kattar last July during the UFC‘s first stint on Fight Island.

Ige was ultimately outboxed by Kattar in that one. After defeating Tucker, this shot against Chan Sung Jung was Ige’s chance to prove he belonged with the top of the division. However, it wasn’t in the cards for him on Saturday night to pick up the win.

While Ige had his moments at UFC Vegas 29, it was ultimately the fight of The Zombie. Jung dropped Ige at one point and really landed the more significant shots throughout. All three judges gave the fight to The Korean Zombie.

Dan Ige is now just 1-2 in his last three UFC fights, but both of those losses were in headliners where he was challenging the division’s best. Now, it looks like he’s going to have to take a bit of a step back.

In looking at the division, there are two fights that could make a lot of sense for Dan Ige next. One fight that I like is with Sodiq Yusuff (11-2). Like Ige, Yusuff earned his UFC contract via Dana White’s Contender Series.

Yusuff is just outside the top ten and he’s coming off of his first loss in the UFC. Another option for Ige could be Shane Burgos (13-3). Burgos has lost two in a row, but he’s in a very similar position as Ige. Both of those losses were against top level competition. A matchup between Ige and either of these men will really let us know where he’s at.