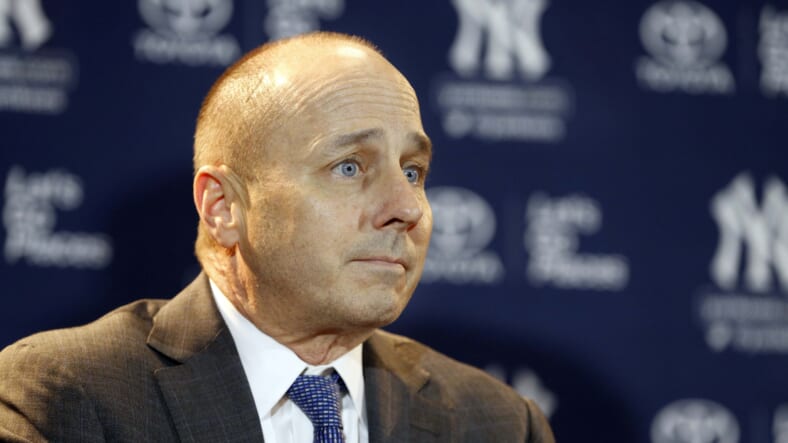 This offseason, MLB decided to punish the Houston Astros after investigations found a sign-stealing scheme put in place in 2017, the year in which they were crowned champions of the World Series. Members of the New York Yankees (a team that fell to the Astros in the 2017 and 2019 American League Championship Series) and other teams felt that the punishment was light: the GM and manager got one-year suspensions and the team lost a couple of draft picks and a few million bucks.

The Yankees wanted revenge on the field, and if coronavirus hadn’t forced MLB to postpone the start of the season, the two teams would have met today in Houston. That’ll have to wait for now.

The only thing clear about all the sign-stealing mess is that New York Yankees’ general manager Brian Cashman is still not over the fact that the Astros cheated to beat his team.

He said that “there is a little bit of frustration,â€ while crediting Jomboy for â€œdecodingâ€ the trash can system.

â€œFrustration after the fact that Jomboy, for instance, put out online and decoded after the Aâ€™s Mike Fiers revealed [to The Athletic] what was transpiring [in Houston],â€™â€™ Cashman said. â€œFrustration in, â€˜Wow, we knew something was going on and we complained about it.â€™ But we didnâ€™t have the fact of what the specifics [were] and once you saw it playing out, once it was decoded, you say, â€˜How could we have not have figured that out?â€™ â€

The Yankees tried to determine what was happening

Cashman also said that out of respect to baseball and the commissioner’s office, he wasn’t as vocal about the scheme in the past. He preferred to wait until the league found evidence and levied punishment.

â€œI think people in my position have to be very careful to be critical of decisions that ultimately are in somebody elseâ€™s hands,â€™â€™ Cashman said. â€œIs there frustration in what transpired and how it potentially denied us further play in the postseason? Of course there is. Do I have strong feelings on that? Of course I do. Does it serve me or the Yankees or the industry of baseball by at times letting my guard down and sharing how I really feel from that and the emotion that comes from that? Iâ€™m not sure itâ€™s helpful to the process.â€™â€™

â€œThey clearly benefited from [the system],â€™â€™ Cashman said of the Houston Astros. â€œTheyâ€™ve been disciplined for it now and as we move forward, we just have to move forward and not look in the past because thereâ€™s nothing we can do about it.â€™â€™