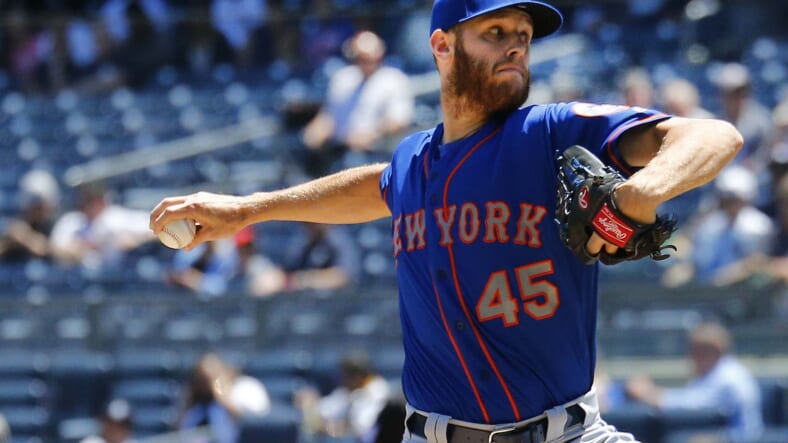 The New York Yankees were on the market for a starting pitcher last season, near the trade deadline. And, as it turns out, a rare deal with the New York Mets, the crosstown team, nearly materialized. It wasn’t meant to be, however.

Zack Wheeler, a pitcher the Mets considered trading last July to get something of value in return and not lose him for nothing in free agency – which is what happened anyway – was close to pitching with the Yankees, according to a Friday report from SNY Andy Martino.

According to Martino, the reason why the deal fell through was an issue with a medical, but not Wheeler’s, but instead, one of another unspecified player. The identities of the players involved in the transaction are not known.

The Mets’ hurler was a priority for the Yankees

Additionally, the reports state that the Yankees were among the most aggressive pursuers of starting pitchers around last year’s deadline, and had the Mets righty as one of their priorities.

Wheeler had a very good five-year stint with the New York Mets, with a 44-38 record and a 3.77 ERA. He ended up leaving for the Philadelphia Phillies in the winter, when he signed a five-year, $118 million contract.

The Mets were awarded a compensatory pick in the draft at the moment of his signing with the Phils, since Wheeler turned down a $17.8 million, one-year qualifying offer.

Wheeler said back then that there was no approach made by the Mets to re-sign him. As a result, he will be pitching for a divisional rival for the next five years, although MLB is currently discussing the option of using spring training divisions. In that case, he will be in the same one as the Yankees.