MLB News: The “Bubble” was a great success, Justin Turner, that’s another story 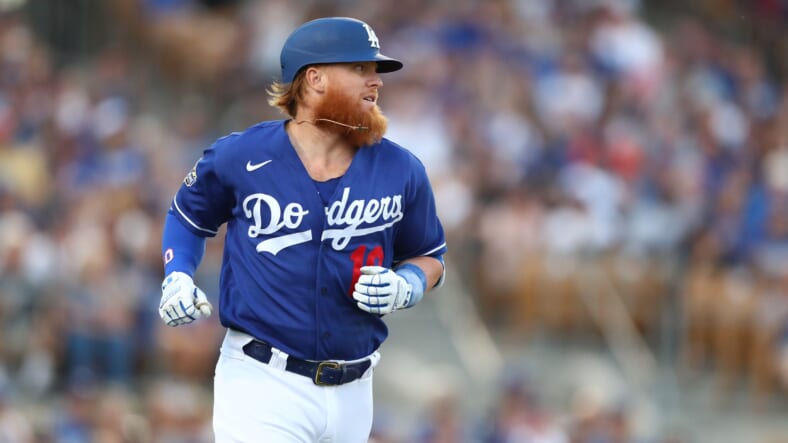 In this crazy coronavirus MLB season, no one knew if a baseball season could be completed, but miraculously was up to the very last game of the World Series. Still, then the bubble broke when the Los Angeles Dodger’s Justin Turner tested positive for the virus and was removed from the game. The irresponsible Turner returned to the after-game celebration wearing a mask but hugging players nonetheless.

After a preseason with the owners and players trying to decide how to conduct a season and if a season would be on the horizon, they bickered back and forth over the length of a season and how much who would be paid for what. At one point, it looked as though the sides weren’t going to come together, and there would be no baseball season at all.

At the last moment, Baseball Commissioner Rob Manfred issued health protocols to protect players and implemented a 60 game season with players being paid full prorated salaries. During the second spring training (summer camp), the coronavirus raised its ugly head with the Miami Marlins getting hit hard with 20 players and staff became infected. Here’s the timeline:

March 11, 2020: Washington governor Jay Inslee, whose state has been hit the earliest and the hardest by COVID-19, announces a ban on large group gatherings through at least the end of March. This was the first indication that a baseball season, if there was one, might be played without fans in the stands.

March 12, 2020:Â MLB announces that spring training games are canceled as of 4 p.m. ET and that the regular season’s start has been pushed back two weeks. Opening Day had originally been scheduled for March 26. We all know that didn’t happen; the two-week push back ended up being months.

March 15, 2020:Â The Yankees confirm that a minor leaguer in their system has tested positive for coronavirus. The unnamed player becomes the first MLB-affiliated player to be a confirmed COVID-19 case. The team quarantines all minor leaguers for two weeks. As it turned out, the Yankees were among the few teams that remained mostly unaffected by the virus.

March 31: MLB announces extended financial support for minor league players. Those players will continue receiving weekly payments of $400 each through the end of May or until the start of the minor league season, whichever comes first. Joel Sherman of the New York Post reports that starting the 2020 season without fans in the stands is becoming an increasing possibility.

May 9: MLB reportedly narrows its focus to beginning the season in early July at as many standard home ballparks as possible. The aim would be a regular season of around 80 games followed by an expanded postseason. Schedules would be organized regionally to minimize travel and allow players to isolate themselves with their families in their home cities.

May 13: MLB submits protocols for player testing and safety to the union in a 67-page document.

May 20: The Miami Marlines and Tampa Bay Rays are amoung the first MLB teams to open their spring training facilities for work outs.

May 24: The Yankees and MetsÂ  get the green light from Governor Mario Cuomo to hold spring training at their home stadiums.

June 30: Minor League Baseball announces the cancelation of the 2020 season.

July 12: Yankees’ Aroldis Chapman tests positive for the coronavirus, and experiencing mild symptoms.Â  The Blue Jays reach out to their Triple-A team about about playing in Buffalo after Canadian Government does not allow them to play at Roger’s Center.Â  Jays eventually select Buffalo for their home games.

July 23: Yankees open theÂ  2020 regular season on July 23, facing the Nationals in the nation’s capital, setting up a showdown of aces between Cole and Washington’s Max Scherzer. The Yankees win their first game of the season 4 – 1 over the World Champion Nationals.

July 27: The Miami Marlins experience a COVID-19 outbreak with a total 20 reported cases. As a result, the Marlins-Orioles and Yankees-Phillies game were canceled, and Miami’s 2020 season was temporarily put on hold. The league revises the 2020 schedule for NL East, AL East teams amid the COVID-19 outbreak.

June and July: Several MLB players from several teams opt out of playing during the 2020 baseball season.

September 15: Major League Baseball announced plans for its 2020 postseason on Tuesday. After getting approval from the Players Association, the league announced it would hold the final three rounds of the playoffs — the Division Series, League Championship Series, and World Series — at neutral-site locations. Players will be housed nearby to set up one-location bubbles for each series.Â

After a mostly free baseball season from the coronavirus, MLB installed the “bubble,” all series would be played in that bubble. Players would be allowed to house at team selected hotels with their wifes, but would only be allowed to leave the hotel to their respective stadiums. This was done with an abundance of caucion so not to interup the postseason players with coronavirus infections. The plan was marviously secussful as the MLB went 58 consecutive days without a reported outbreak.

That was until the very last game of the World Series when Los Angeles Dodger player Justin Turner was comfirmed to have tested positive. He was immediately removed from the game. But when the team won it’s first World Series since 1988, the infected Turner couldn’t resist celebrating with his team on the field after the game. Turner, with a mask nevertheless hugged his fellow teamates. He took off the mask for photos including the team photo with manager Dave Roberts was to his immediate right and president of baseball operations Andrew Friedman was to his left, with only the World Series trophy between them. This only highlights how different people take the seriousness of the virus.

The future timeline for baseball and the coronavirus is unknown. But as coronavirus outbreaks spike in 40 states, the uncoming 2021 baseball season is not without questions.Â  Will there be a 162 game season, will fans be allowed in the stands.Â  So many questions to be answered, only time will tell.