MLB News: Manfred confident there will be a season, Snell says No I won’t play 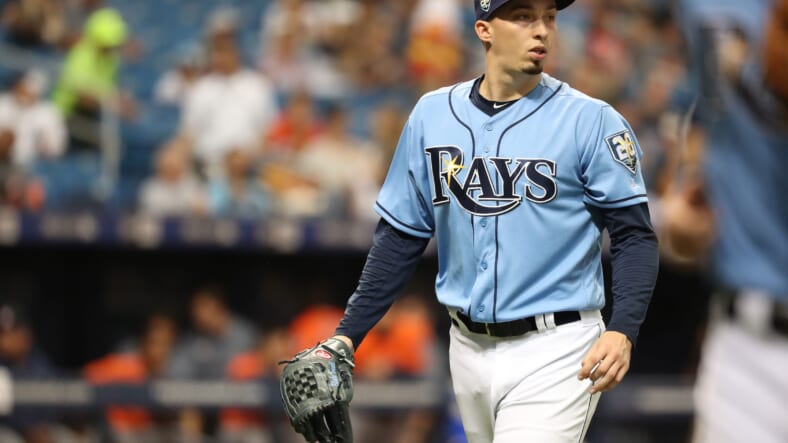 Players let the MLB know that they are not happy

New York Yankees players have been unusually silent on the ongoing negotiations between the MLB and the Players Association.Â  Some other players and ex-players haven’t been so quiet.Â  First, ex-Yankee first baseman Mark Teixeira said the players need to accept the MLB plan for the good of baseball and the fans.

YES Network’s Michael Kay said that this week will be ugly and that fans will be up in arms with millionaires fighting billionaires as the country has 80,000 dead from the coronavirus and all the people unemployed.Â  It’s the last thing fans want to hear and it’s bad for the sport.Â  He also indicated that the sides have to come together so that baseball can begin.

Cleveland Indian Trevor Bauer hasn’t remained silent either, on Tuesday he let it all out saying:

My reaction to the @Mlb return to play proposal. Itâ€™s laughable. @AgentRachelLuba makes some very good points here regarding the proposed revenue split and the problems with it.â€

On Wednesday the first MLB player came out and said I won’t play with pays cuts and in doing so cited the risk involved.Â  In the video below Tampa Bay Rays ace Blake Snell made his case as to why he won’t play.

The bottom line in all of this is as I said earlier these negotiations are going to be ugly, and what your seeing is all posturing.Â  Players are trying to get owners to budge and relent on the revenue sharing demand in the plan.Â  In this writer’s opinion after a bunch of back and forth, the sides will come together and there will be a baseball season.Â  Right now my concern is that they can get this behind them quick enough to have a season that is valid.

On Thursday’s CNN Global Town Hall with Anderson Cooper and Dr. Sanjay Gupta, Gupta asked Manfred about the possibility of the players union not agreeing to come back because of a potential pay cut and that the health risks might not be worth it.

“Whenever there’s a discussion about economics, publicly people tend to characterize it as a fight,” said Manfred. “Me, personally, I have great confidence that we’ll reach an agreement with the players association both that it’s safe to come back to work and work out the economic issues that need to be resolved.” If there’s no season, losses would be “devastating” for the teams, Manfred said.

In an effort to downplay the ongoing financial battle, MLB’s Manfred spent most of this time explaining the complicated plan to safeguard the players while playing as the coronavirus continues to be an issue.Â  He detailed what steps will be taken to protect players.Â  Players would be tested several times a week for the virus and daily temperature and health checks would take place.Â  Antibody testing would also take place.
He addressed what would happen if a player tested positive for the virus. He indicated that if a player tested positive that player would be removed from the team and an individual quarantine arranged that would be lifted when he tested negative twice.Â  He also said that a 14-day quarantine may not be necessary after discussing it with health officials. He added that any player not feeling well would receive an instant test.

“Nothing is risk-free in this undertaking,” Manfred said. “We’re trying to mitigate that risk with the repeated point-of-care testing to make sure that people who have had contact have not been exposed, and by obviously removing those individuals that have a positive test, they will be quarantined until they have two negative tests over a 24-hour period.”

Commissioner Manfred also mentioned that he is not going to force any player to play ball.Â  If they are uncomfortable playing they can stay away until they are comfortable.Â  On the subject, ESPN’s Jeff Passan said that he felt that less than 100 players would not play if an agreement is reached.Â  Those that would not play would be because of either they felt unsafe playing or would refuse to play because of revenue sharing.
Two things to think about in all of this include the young players that are making MLB’s minimum and will have their salaries cut in half.Â  Considering the situation around the country with nearly twenty percent of workers out of a job and an economy that’s as bad as the great depression, making a couple hundred thousand to play 82 games, shouldn’t look all that bad.Â  It’s less of an issue for those big contract players. The other thing we tend to forget is that as these negotiations drag on, teams will need players to play a three to four-week spring training before the season can begin. Tick tock my friends.